Tropical beaches, misty mountains, prehistoric bays, sprawling cities & local towns. Vietnam is a very large and diverse country, requiring more than a couple of weeks to truly see it. We recently spent close to one month adventuring Vietnam with our 1 year old and can highly recommend it to everyone! Not only is it geographically diverse, but the locals are some of the friendliest people we have met. Then there is the matter of it being comparatively extremely cheap to travel.

The following is our one month in Vietnam itinerary that we suggest for you. This has been modified from our actual plan with the hindsight of how we might better have spent some of our time. Also we worked with quite a few hotels that impacted how long we stayed in some areas. We put in quite a lot of time maximising logistics to ensure minimal travel time. Note that our suggestion starts from South to North but of course it is totally reversible. Hopefully this blog will convince you that two weeks certainly isn’t enough and you definitely should try spend one month in Vietnam if possible! 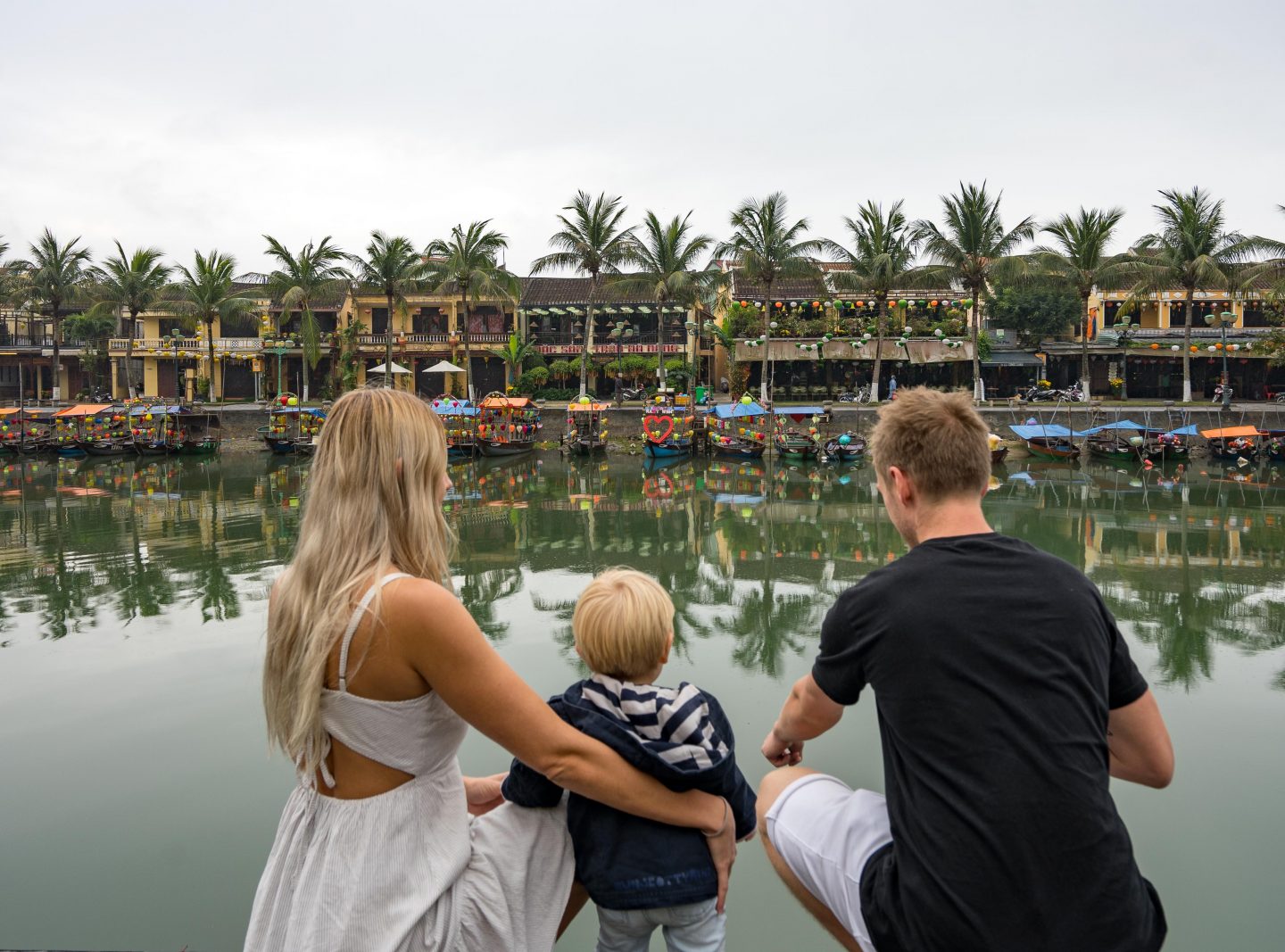 Our suggested itinerary for one month in Vietnam 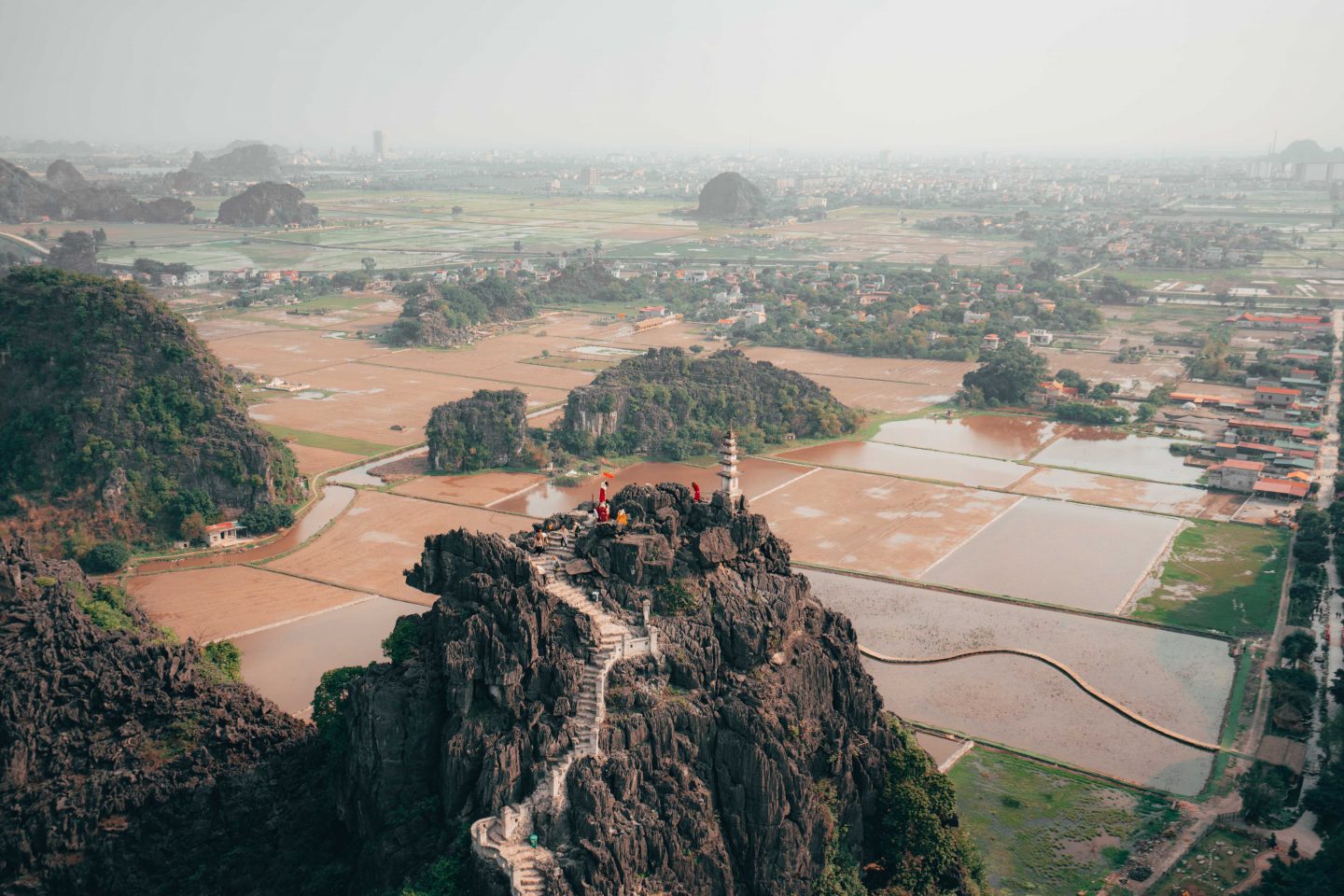 Our original one month in Vietnam Itinerary

Why did we change it?

These small changes will ensure you aren’t spending too long, or short a time in each place. It also maximises efficiency of travel and you won’t be wasting any nights staying places that are unnecessary. 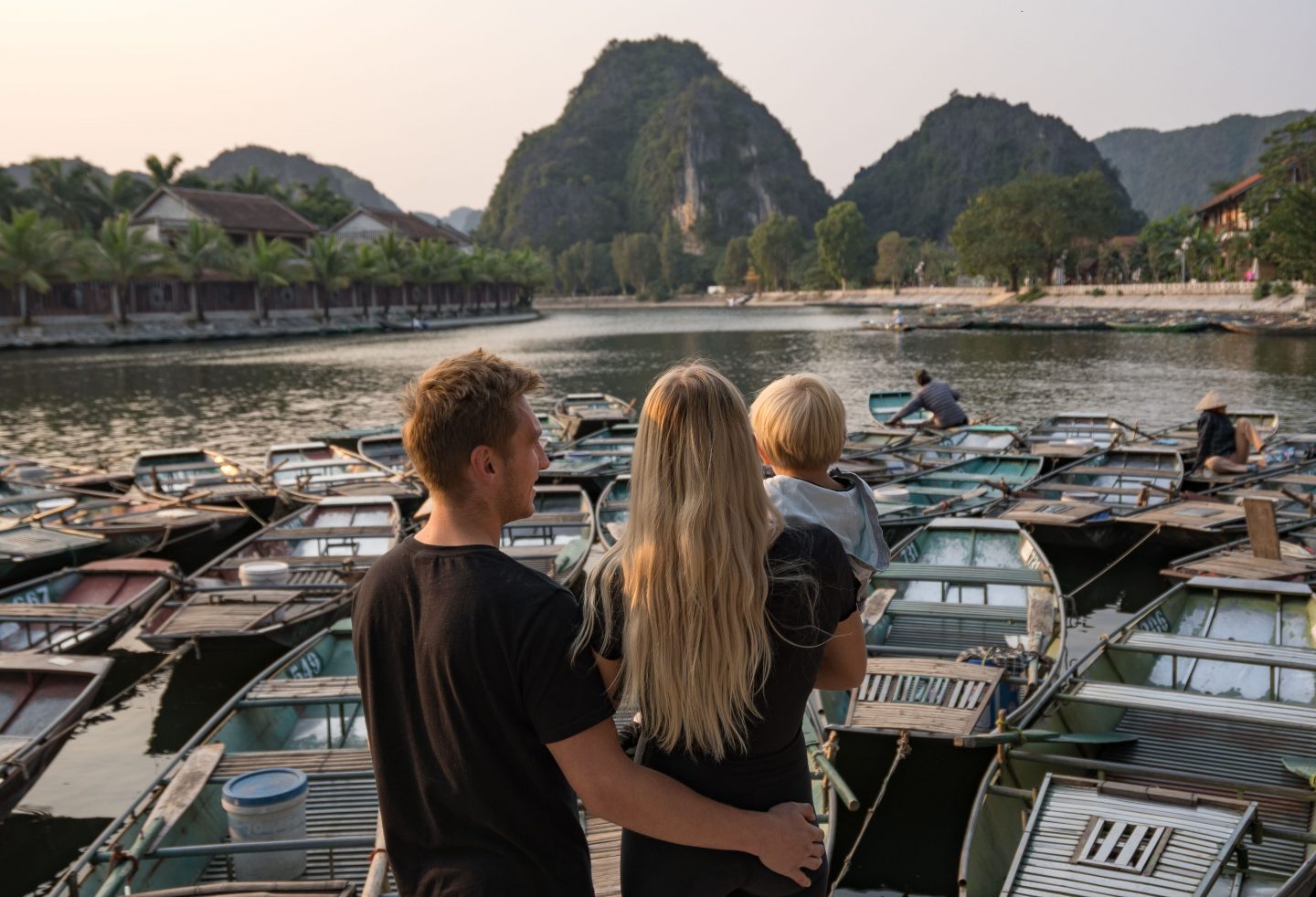 How should I spend my time in each spot?

This lively city formally known as Saigon is full of tourist activities both near and a bit further afield. It is also known for its many French colonial styled buildings. Staying in the city centre is definitely worth it as there is so much within a close proximity. Be prepared for long days walking, but also lots of coffee stops at street side stalls and yummy Banh Mi sandwiches. 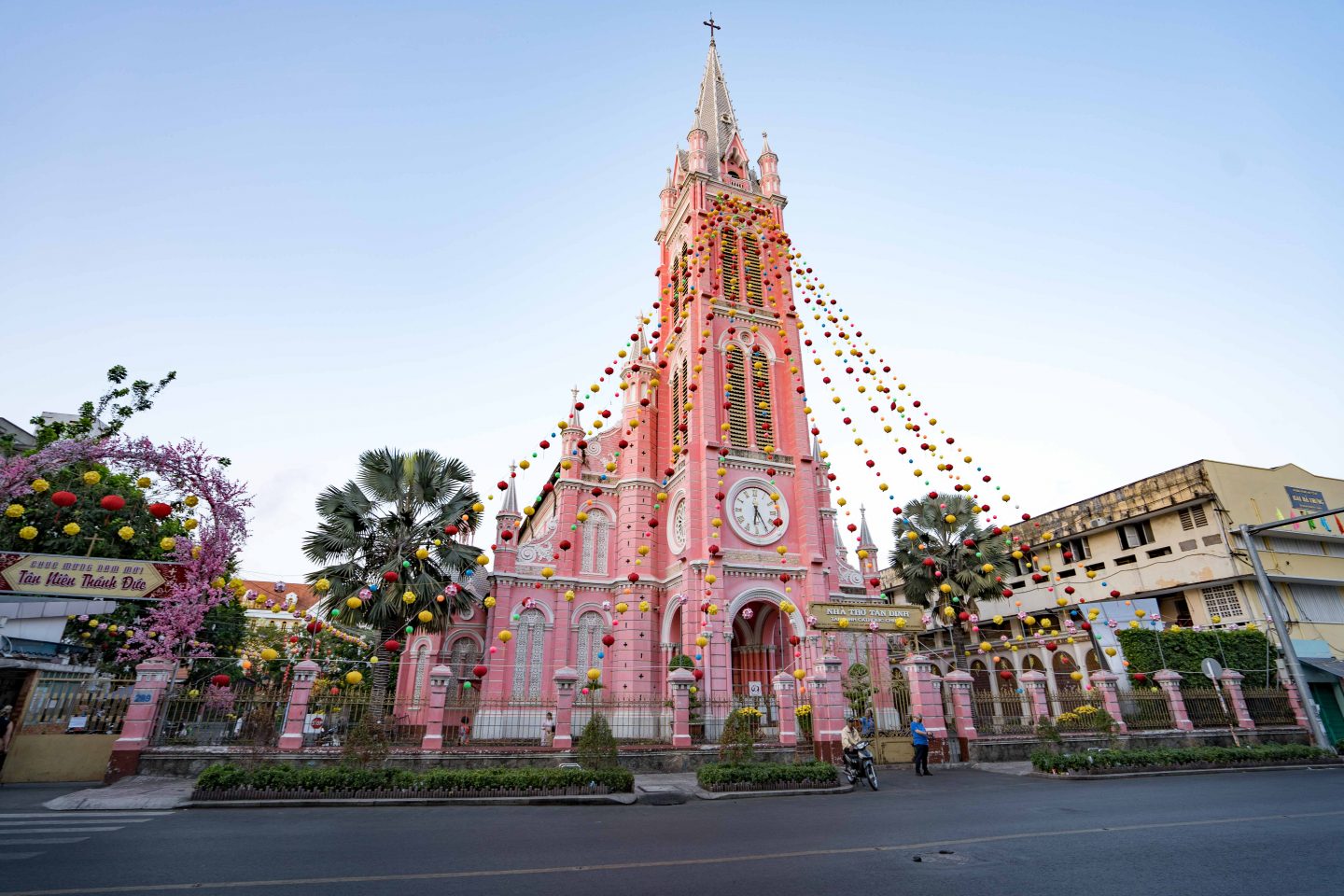 Ah Da Lat what a gem of a place. Ok, so it is a bit out of the way on the way to Hoi An but adding a stop here is highly worth it. With one month in Vietnam, you certainly shouldn’t miss Da Lat. This mountainous region is covered in forests, lakes, waterfalls and plantations of all things from coffee to flowers. The air here is cool and has a certain freshness to it, it’s unlike anything we had expected. Seriously we were caught out and didn’t have any warm weather gear, oops. Luckily Vietnam has so many baby stores and we were able to make do with our puffer jackets that had been stuffed in the bottom of our bags!

Make sure to visit a few of the famous coffee shops here, most of them have unique twists to them and super cool photo opportunities. There is also a good circuit for a day trip that will ensure you hit all of the spots surrounding Da Lat. We will write a blog on that soon so keep your eyes posted. 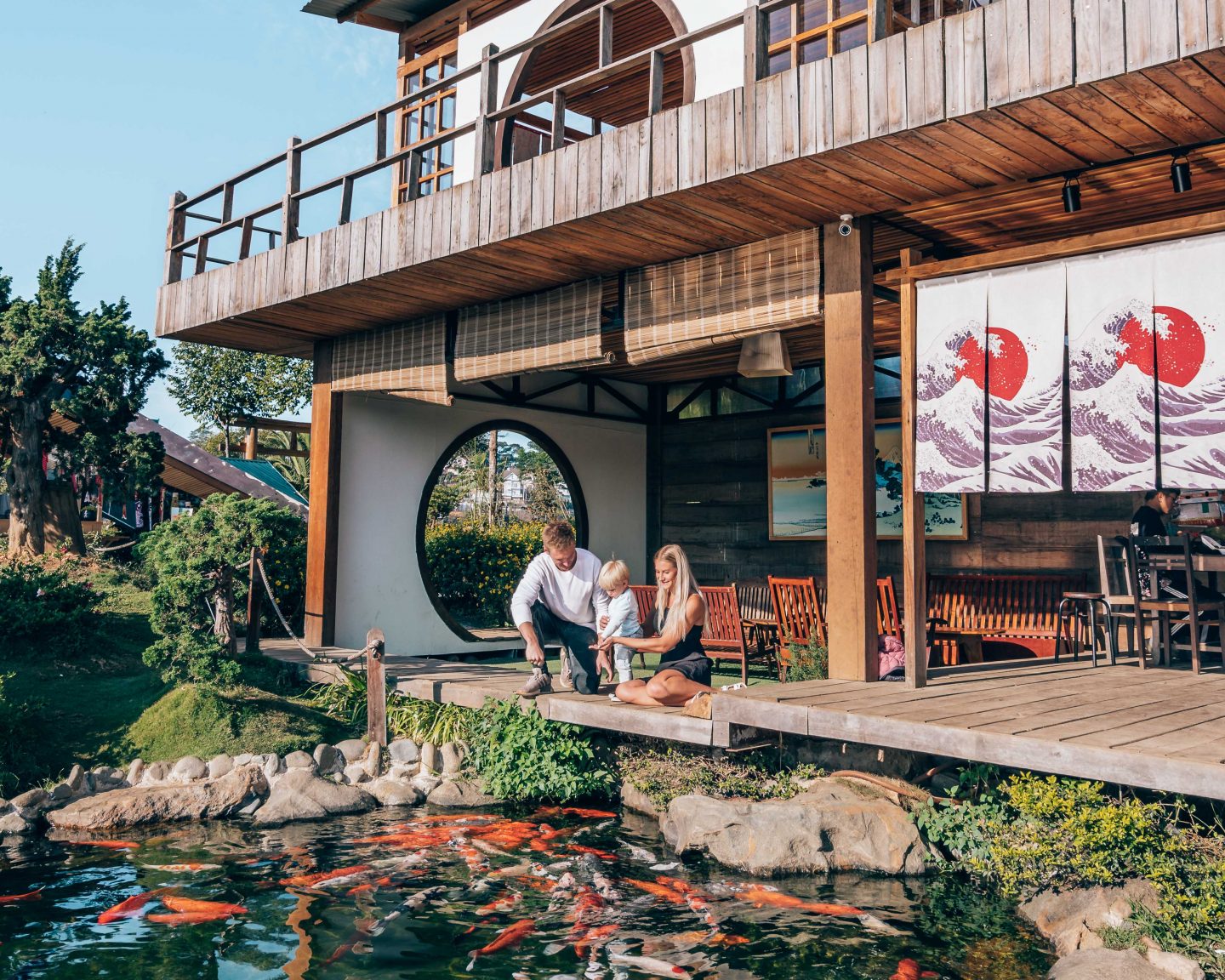 This ancient trading port is now classed a UNESCO heritage site so has been preserved from the ages of time. People largely ride around on pushbikes  whilst the buildings look very much the same as they did 200 years ago. Beautiful buildings are matched by the beautiful culture of Hoi An. By night the streets and river running through town are lit by coloured lanterns and each month they hold a lantern festival over the full moon period. The area is also famous for its varied cuisine from the rest of the country and the prevalence of lots of tailors to create whatever your heart desires. 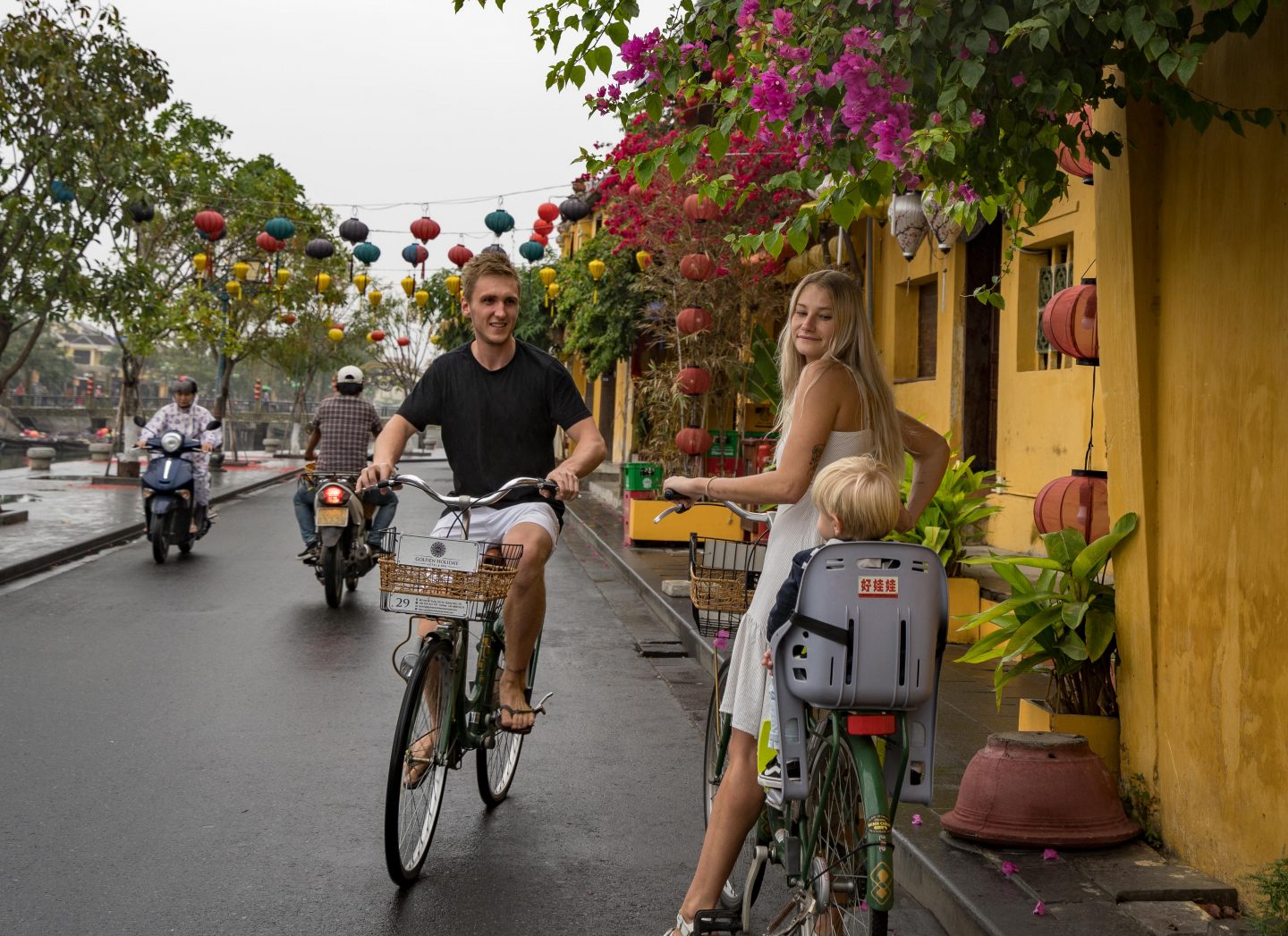 Da Nang is a thriving beach city with a lengthy strip of beach resorts and plenty of nearby tourist sites. It is centrally located in Vietnam and a perfect stepping stone to various other major highlights on the tourist trail such as Hue and Hoi An. Its the perfect spot for a few days of tropical relaxation. 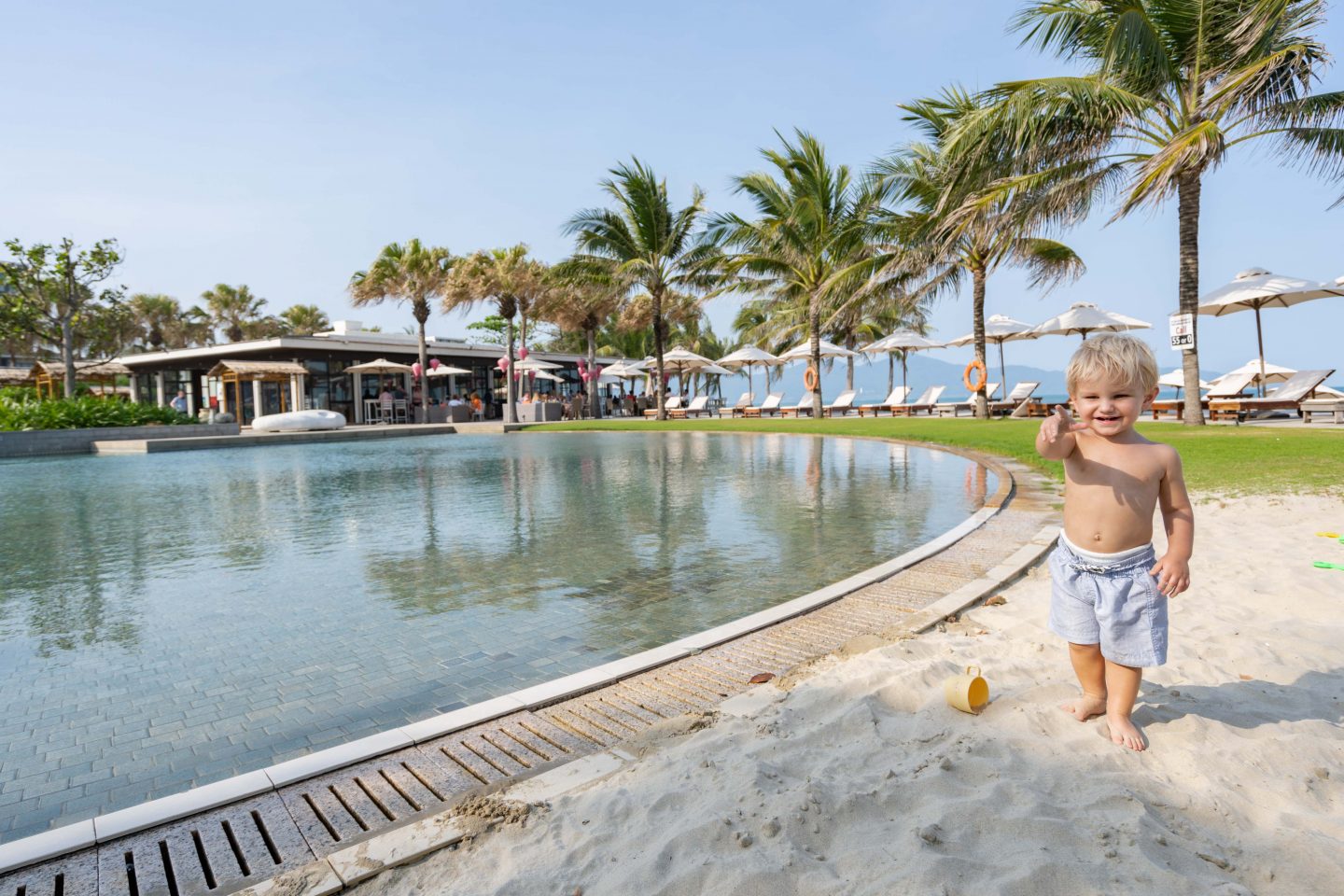 Not far from Da Nang is the old royal city and capital of Vietnam, lasting from 1802-1945. Earning a World Heritage Site status, Hue is full of ancient wonder. From the Imperial City, to various monuments, tombs and pagodas, you really can walk in the footsteps of history. Located alongside the Perfume River this diverse city is not only visually pleasing but full of amazing culture and oh so many delicious delicacies.

From Da Nang you can either take the train or drive, both with their own perks. The train hugs the coast through stunning rainforest, open fields and farmland. No matter where you sit, the views are spectacular, plus you have to experience the train at least once in Vietnam! Whilst by driving you will go over Hai Van Pass, made famous by the show Top Gear. This winding pass seems to go forever up giving sweeping views of the landscape and out to sea. 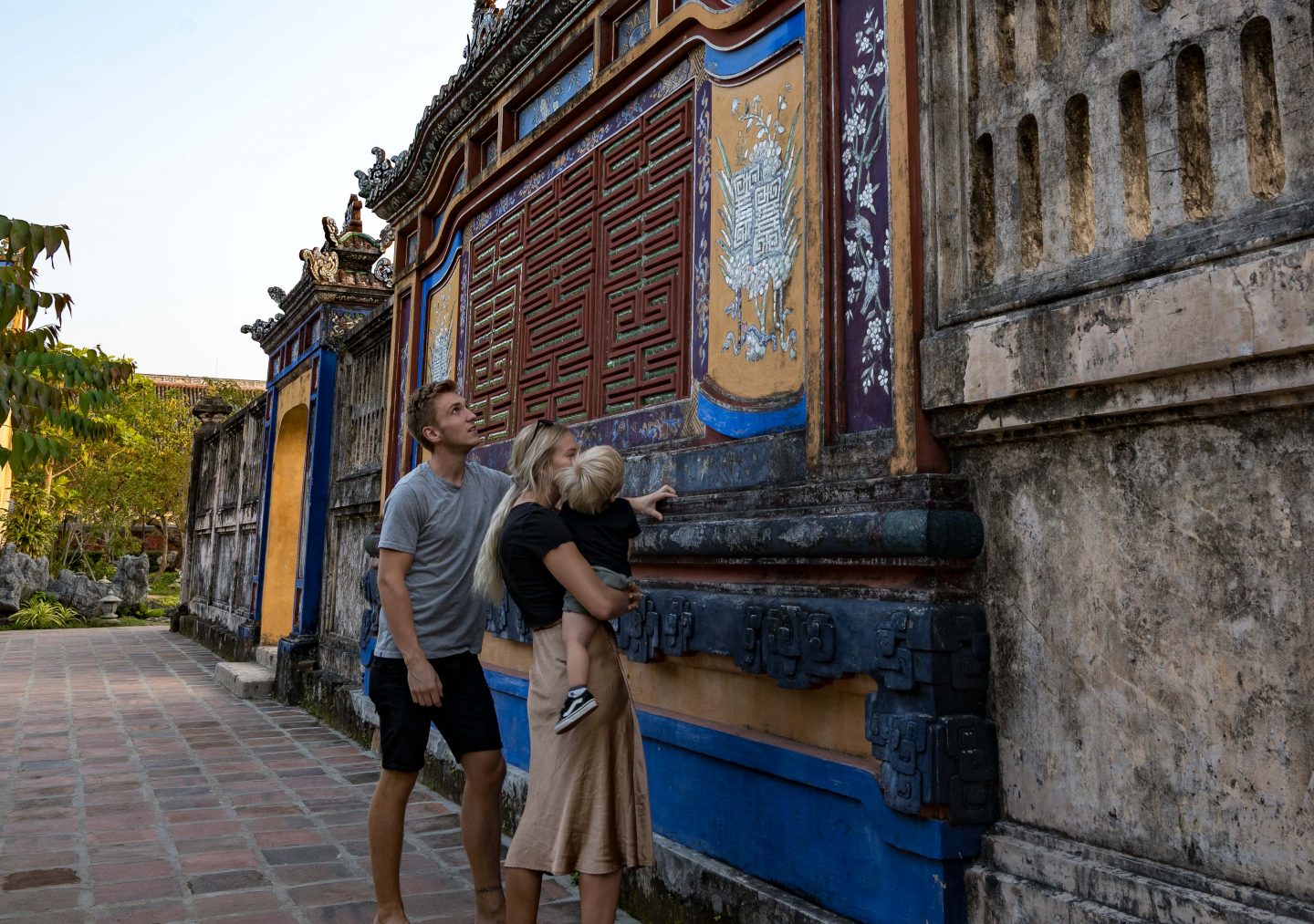 So you’ve probably heard about Ha Long Bay. Well these days it’s understandably very popular with tourists. That’s why Lan Ha Bay is a much better option. Much less boats operate here making it much more serene as well as less polluted. The best way to see this dramatic landscape is by taking up a boat cruise of the area.

Lan Ha Bay covers 7,000 ha, and is made up of around 300 karst islands and limestone sea rocks. There are numerous islands, caves and even beaches just begging to be explored. A true natural beauty. To be totally honest, one night is definitely enough time to get a feel for it. There are a lot of boat operators available from budget to luxury but waking up to that early morning mist covering the mountains is breathtaking. Most tours will include excursions to visit caves, floating villages or to Cat Ba Island, as well as activities like kayaking. You would be absolutely crazy not to visit Lan Ha Bay if you were visiting Vietnam ever, let alone if you were there one month! 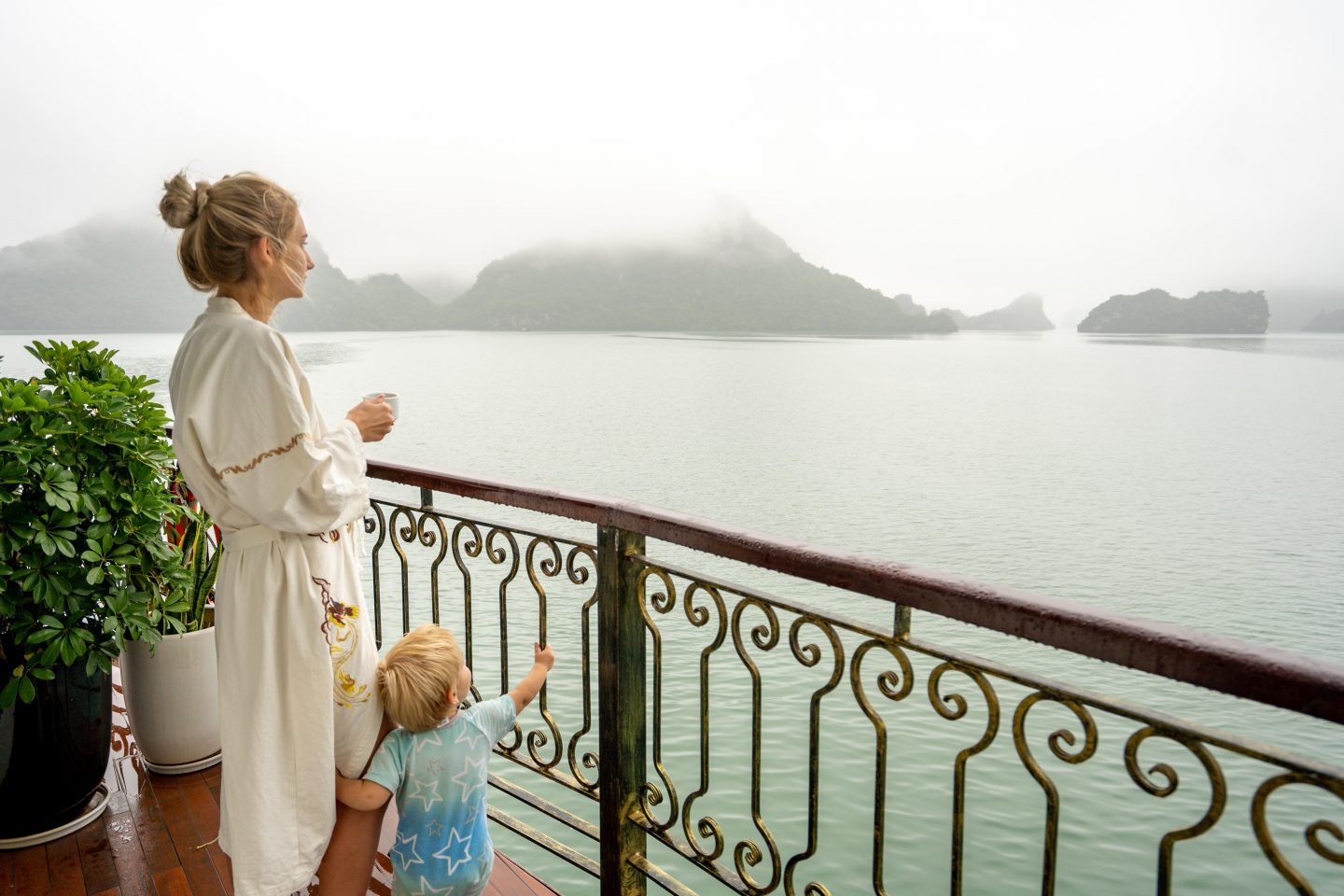 Hanoi is the thriving capital city of Vietnam. A chaotic metropolis with stores and housing sprawling for miles. This bustling city is rich with centuries old architecture and culture. Taking heavy influence from Southeast Asia, the Chinese and the French. With a large lake right in the centre of the city, there is a hub of activity spreading outwards. 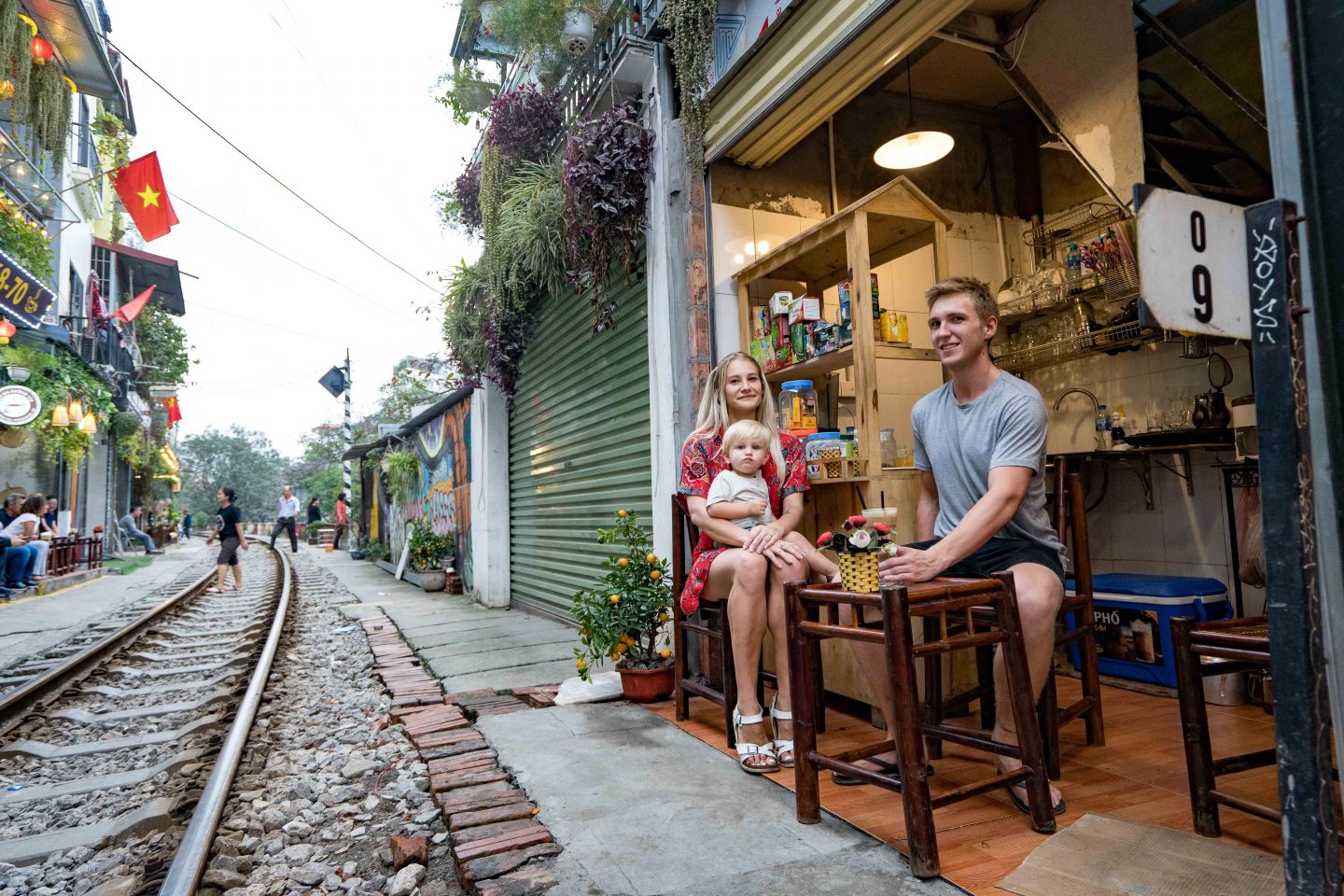 Sapa is a picturesque mountain town found in the northwest of Vietnam, close to the Chinese border. This previously sleepy town has succumb to tourism and is now a major tourist destination. And for good reason, with dramatic views over the Hoang Lien Son mountain range and the stunning steeply tiered rice terraces. Many choose to go on hikes between rural villages and stay with local families in homesteads to get a taste of local life. These days, Sapa is much easier to get to than when it was established as a hill station by the French in 1922. You can take a minibus in roughly 5 hours, or take an overnight luxury train. 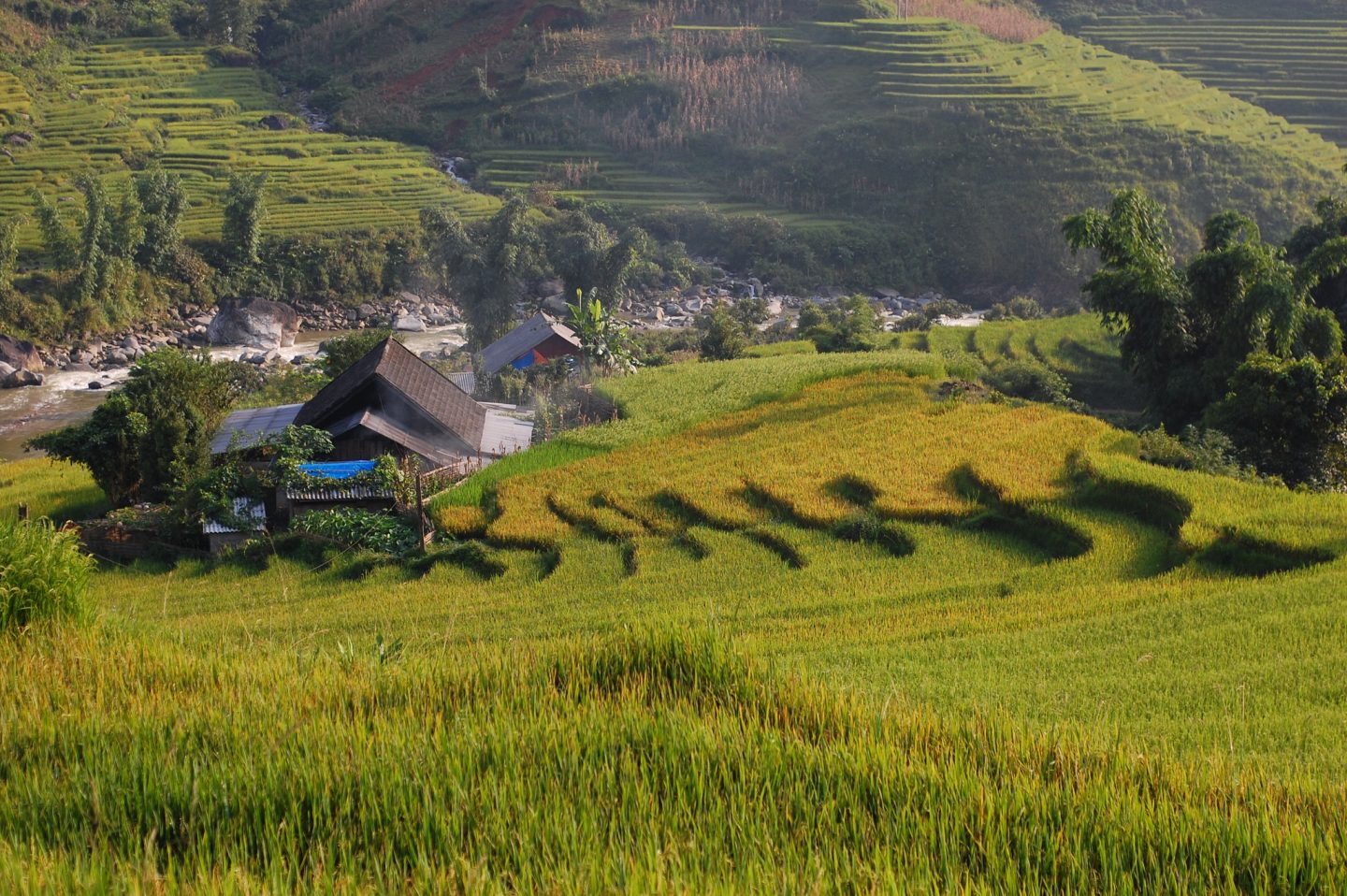 With no idea of what to expect after having done little research, Tam Coc was perhaps our favourite place in all of Vietnam. Only a couple of hours from Hanoi this impressive landscape is reminiscent to that of Ha Long Bay but inland. Limestone mountains pop up seemingly everywhere amongst the vast fields of rice paddies. If they filmed Jurassic Park here it would not have been out of place whatsoever. This is dramatic landscape if ever we’ve seen it.  Well they did actually films Indochine and King Kong here. We highly recommend staying somewhere in the rice fields to get a better feel for the area, around Hang Mua is ideal. 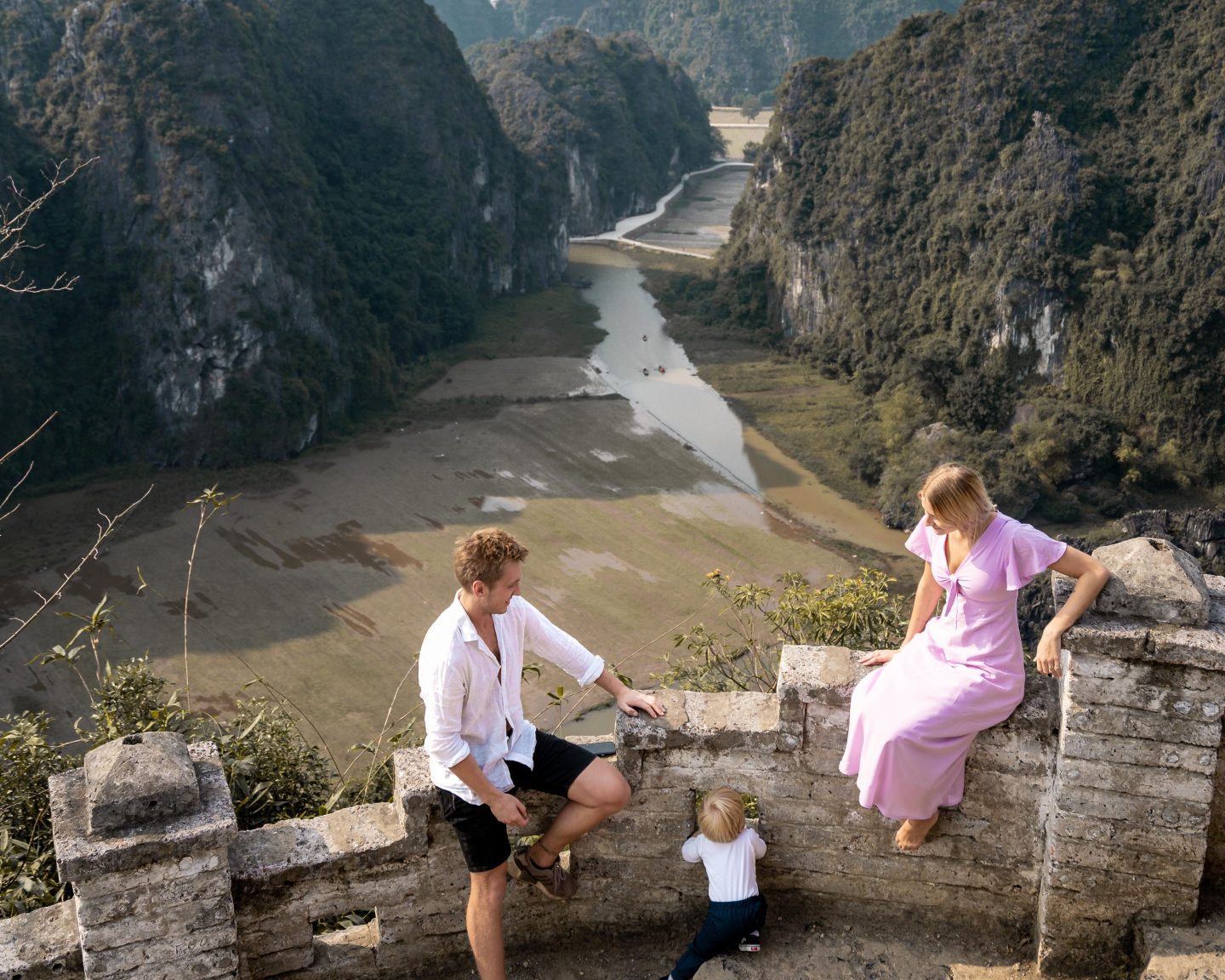 Hopefully this has helped you in planning one month in Vietnam. Have you been to Vietnam or are planning a trip? Leave a comment below!

If you are planning a trip be sure to read up on some of the experiences we had in some amazing hotels such as Caravelle, Indochine Cruise on Lan Ha Bay and the Hyatt Regency Da Nang. 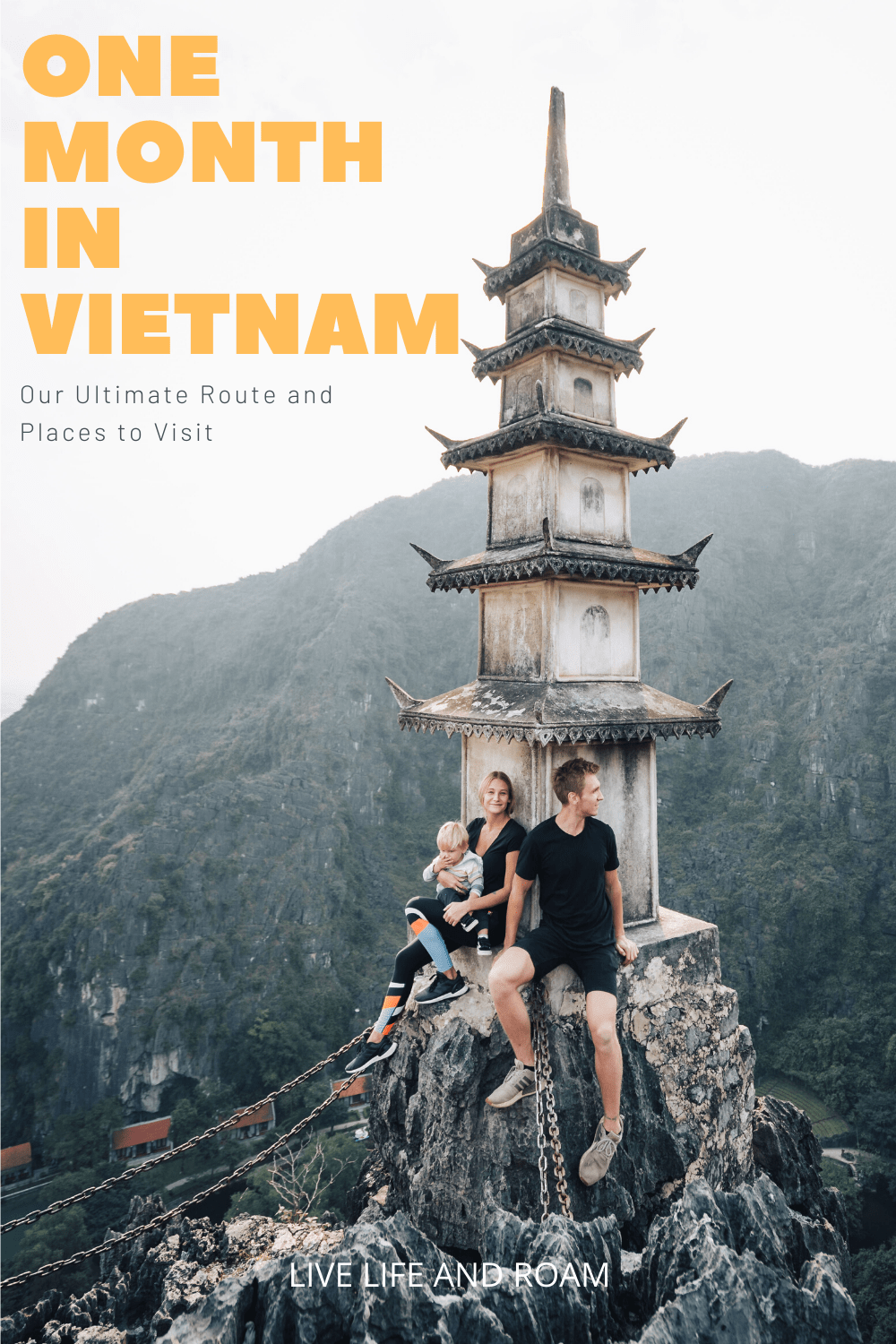