It’s no surprise MacKenzie Falls is one of the most popular waterfalls in the Grampians, it’s massive, flows year-round, has two epic view choices and it’s easy to reach. There are two options depending on fitness/children whereby you can get a killer view from a viewing platform, or walk all the way down to the base of the waterfall. It’s no wonder this epic waterfall is one of the Grampians best. 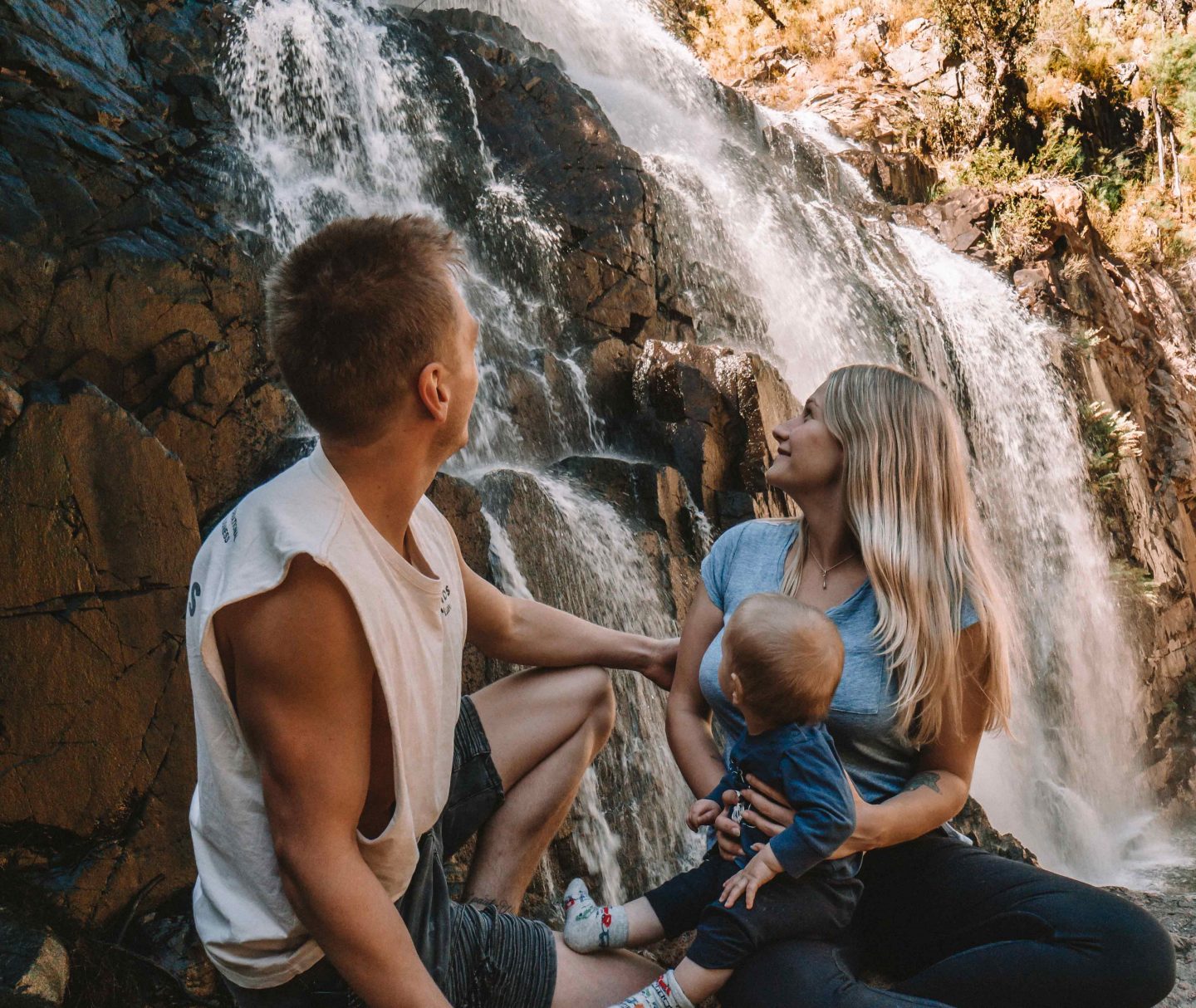 How to get to MacKenzie Falls

The MacKenzie Falls carpark is super easy to get to, and is a short 18 km well signposted drive from Halls Gap along Northern Grampians Road.

Once you have reached the carpark, you have two options to see the falls (both of which are well marked);

Base of Mackenzie Falls
1 hour 20 minutes, 2 km return
Don’t say we didn’t warn you, this is a fairly steep climb down a well made track with railings and a LOT of stairs. We did it with bubba and a 10kg backpack and struggled but it was totally worth it.

Walk to MacKenzie Falls Bluff Lookout
40 minutes,  1.9km return
Duration: 20 minutes one way
This track is much more gradual and takes you to a vantage point overlooking the falls. The lookout walk is a gentle sealed track and suitable for prams, so if you don’t feel like trudging 40 minutes downhill, this track is for you!

What to know about MacKenzie Falls 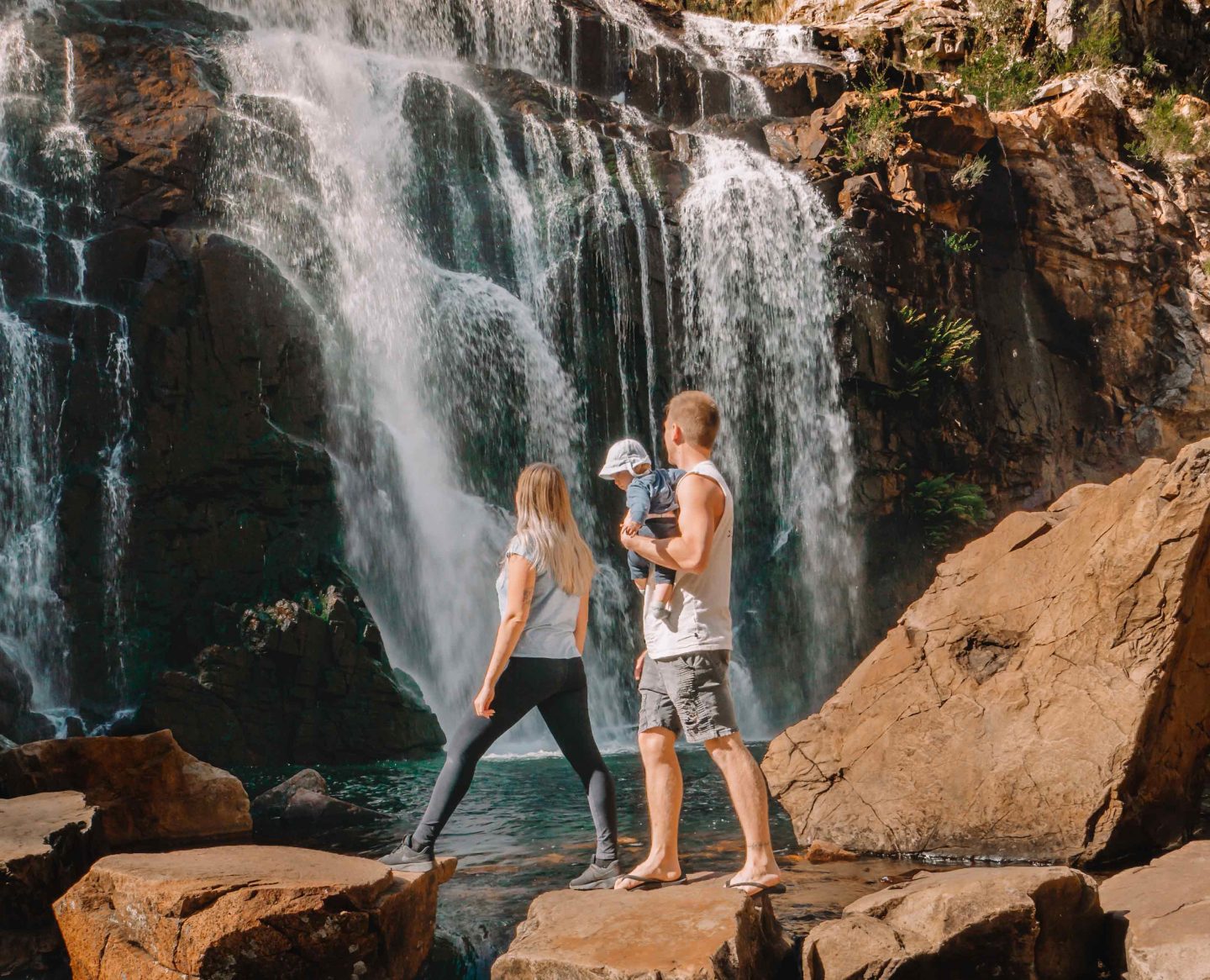 This impressive waterfall plummets 30 m over a jet black cliff face into a large rocky pool below. Although it may seem like the ideal swimming hole, swimming is actually forbidden here due to the drowning deaths of a few tourists who have not been able to swim. However, this didn’t stop a lot of people cooling off in there from the hot summer sun that is sometimes hard to escape in the bush of the Grampians.

The falls are part of the Mackenzie River and you will pass various smaller cascades as you make your way down to the grander Mackenzie Falls. Although not as impressive they are still a neat way to break up the climb down and snap a few photos. As you reach the falls there is a slight viewing point about halfway down to the pool (this is where the photo in the intro was taken). From here you can basically touch the stream of torrenting water and you’ll likely also be copping a bit of water spray!

Continuing to the very base you will be able to cross a path of huge boulders to the banks opposite the water flow by the edge of the pool. We’re not kidding when we say this is one of the most popular tourist attractions in the Grampians, there are usually a lot of people. With lot’s of people doing day trips from Melbourne by the busload, this is one of the key destinations on most travellers itineraries. Lot’s of people were just sitting around and taking photos, recovering from the strenuous walk down.

As for the pram accessible bluff lookout walk, we weren’t too keen on more walking after going all the way down. However, we hear it is equally impressive giving an epic birds eye top-down view over the waterfall and the gorge.

On the way back if you feel like even more waterfall chasing, Broken Falls is just a short walk further upstream if you take a detour off the path following the signs.

Facilities: Parking, Toilets, Baby change, Pram/Disabled access, you will also find a few picnic tables and public barbeques scattered around – so why not make the most of your trip and have a proper Aussie BBQ!

PIN THIS FOR LATER 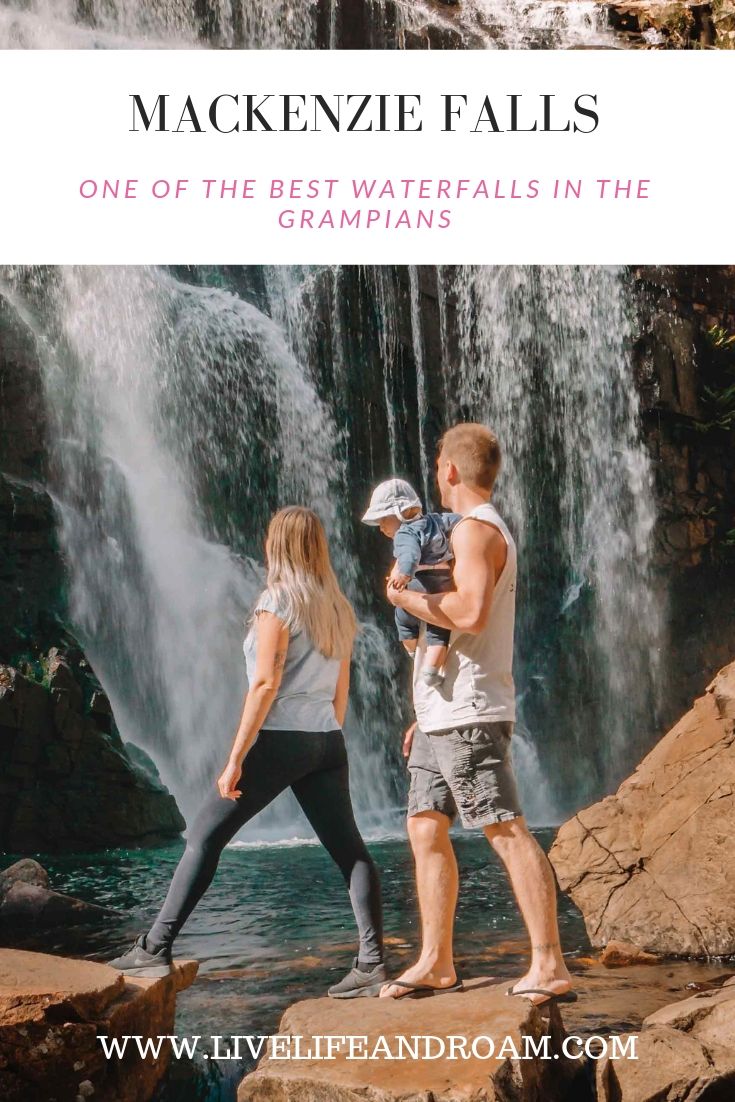