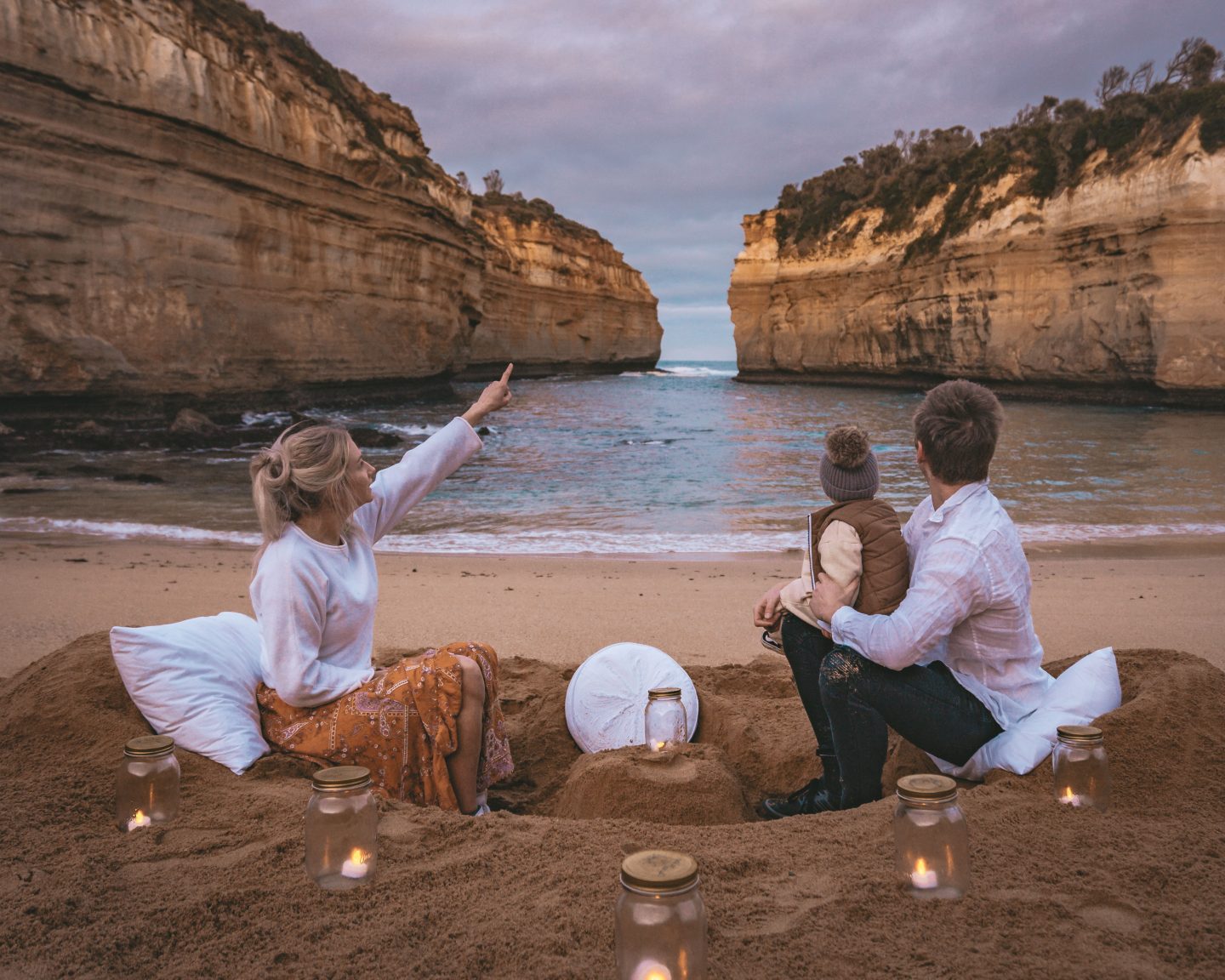 The Most Instagrammable Spots on the Great Ocean Road

So everyone visits the Great Ocean Road to see the Twelve Apostles, we thought Gibson Steps was better! A narrow staircase has been cut out of the towering cliffs down to the beach below. Whilst the towering cliffs enclosing the beach are impressive, the two rock structures out to sea are even better. These unique rock formations are known as Gog and Magog and it is near impossible to get a bad photo of them! This idyllic beach is absolutely stunning in the early morning light. Just be aware to check out the tide times before visiting as during high tide the waves crash into the cliffs and it is impossible to get down there. 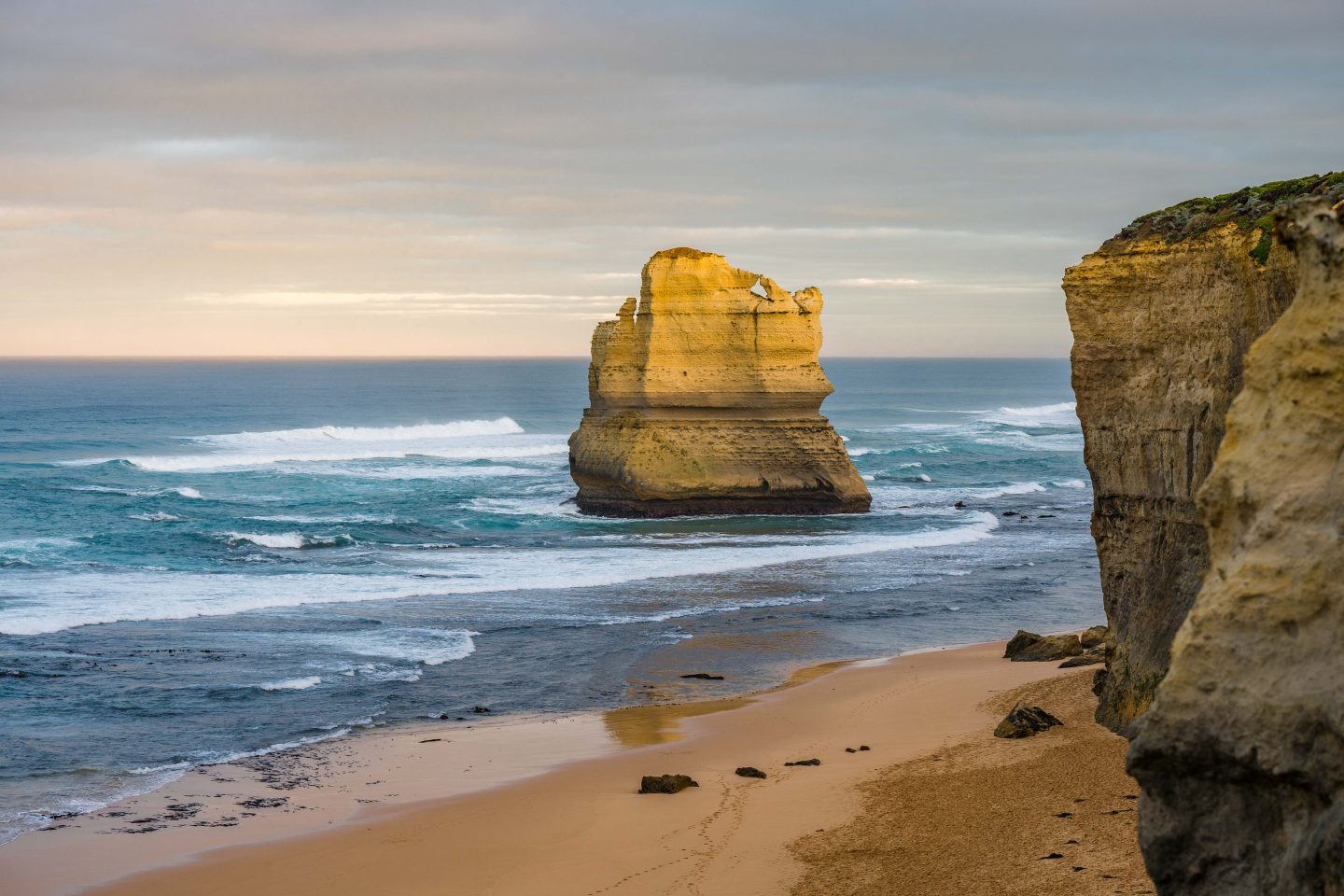 The Grotto is another prime spot to get an Instagrammable shot on the Great Ocean Road. Just a short walk from the car park, the Grotto is a sinkhole that has been opened up by the sea. This has created a unique archway looking out to sea. Steps lead right down to the bottom of the sinkhole where you get an amazing view of the ocean and a small swimming hole created by the tides. 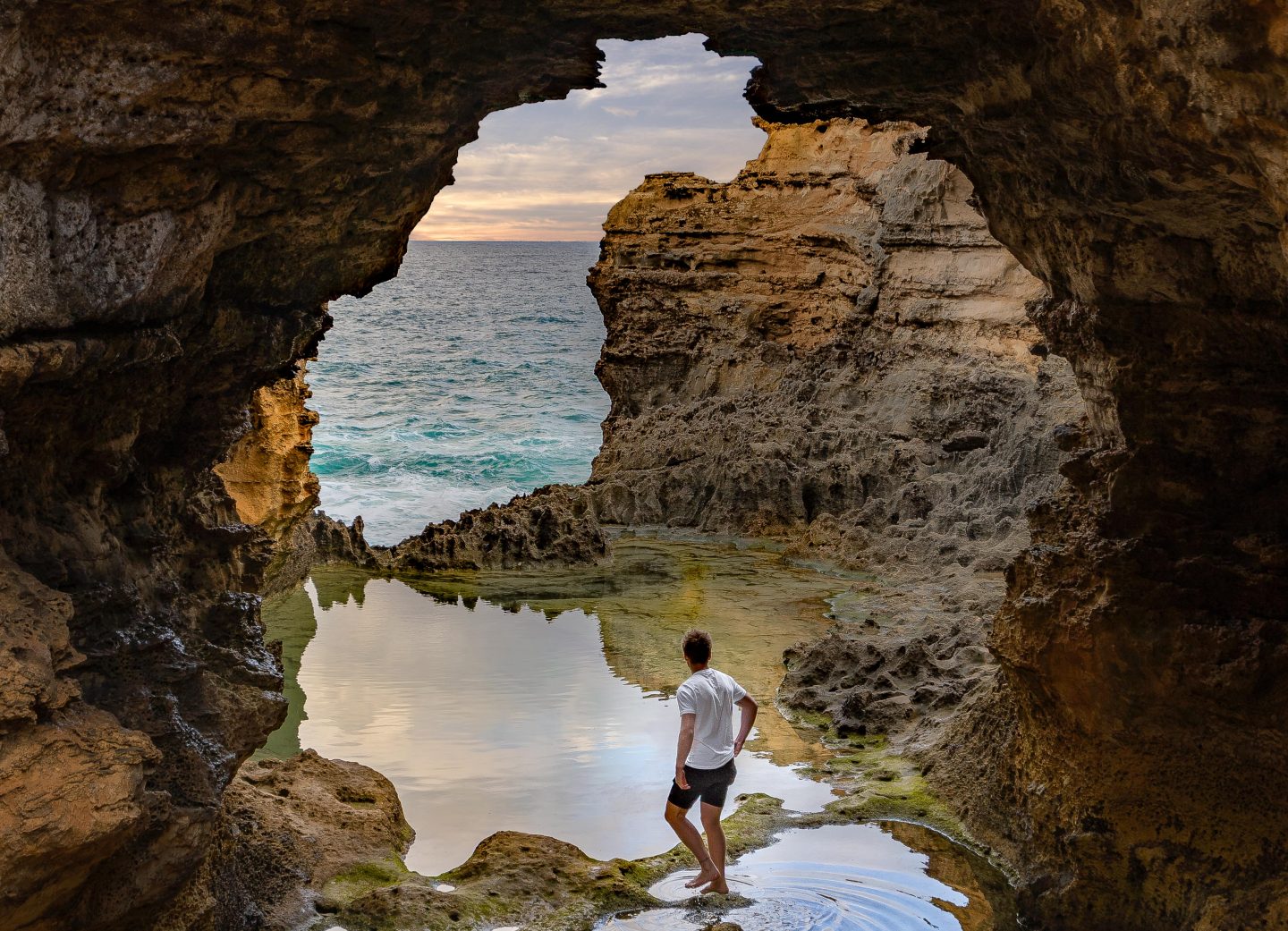 Kalimna Falls is a bit of a hidden gem and most people have never even heard of it. Whilst it’s not a huge waterfall, it is surely one of the most unique. It’s an easy 20 minutes walk through the lush rainforest out the back of Lorne. The falls themselves trickle off a rock ledge that is overhanging a small cave. You can easily walk into the cave and stare through the falls from behind. Definitely a unique waterfall viewpoint! It may be small, but it is certainly worthy of being on our list of the most instagrammable spots on the Great Ocean Road. 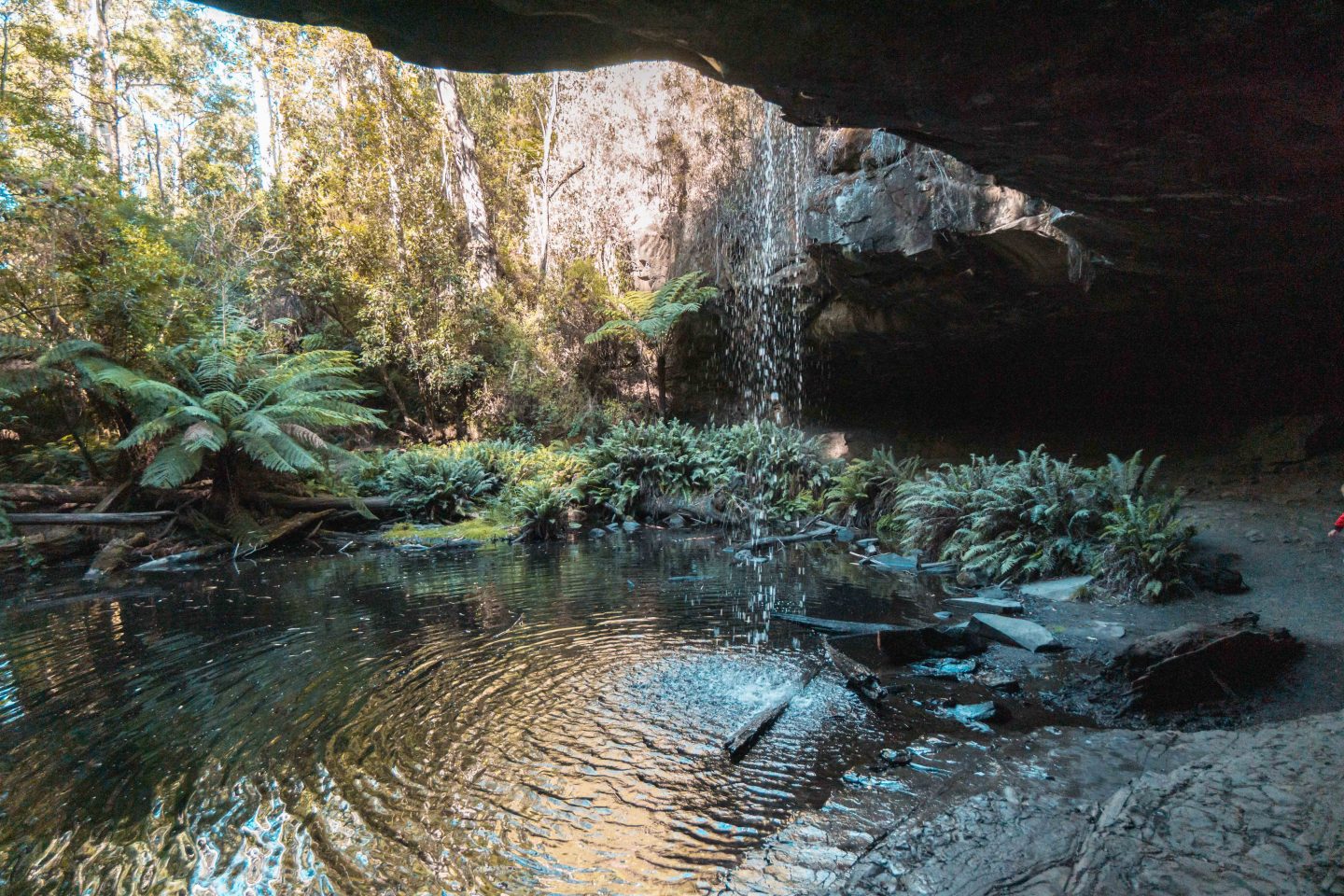 The cliffs at Point Addis are like something out of a movie. Located just near Torquay the beach below is known for its great surf waves and dramatic cliffs. It’s 2km uphill walk to the viewpoint and is definitely worth the effort. We can imagine sunsets with a picnic here would be incredible! Be aware the beach is apparently a ‘clothing optional’ one, not sure how well that works when surfing haha! 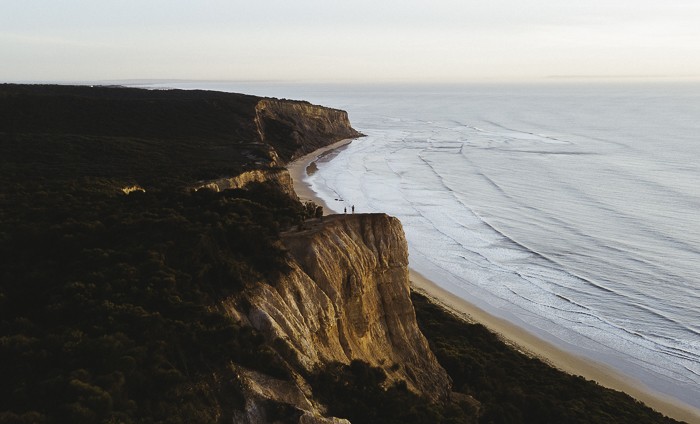 The Twelve Apostles are what you see plastered on Tourism Victoria and Great Ocean Road pamphlets. If people are visiting the Great Ocean Road, they will certainly stop here. This particular viewpoint has been heavily developed featuring an enormous car park, visitors centre and plenty of boardwalks.

The Twelve Apostles are what were twelve gigantic natural limestone stacks jutting out of the raging water below. However, thanks to that raging water, now just seven of the original twelve apostles are standing. You are quite limited in your movements here to the viewpoints, so if you want to get down to beach level – walk from Gibsons Steps. Catching a sunrise here is magical, and also avoids the hordes of tourists. 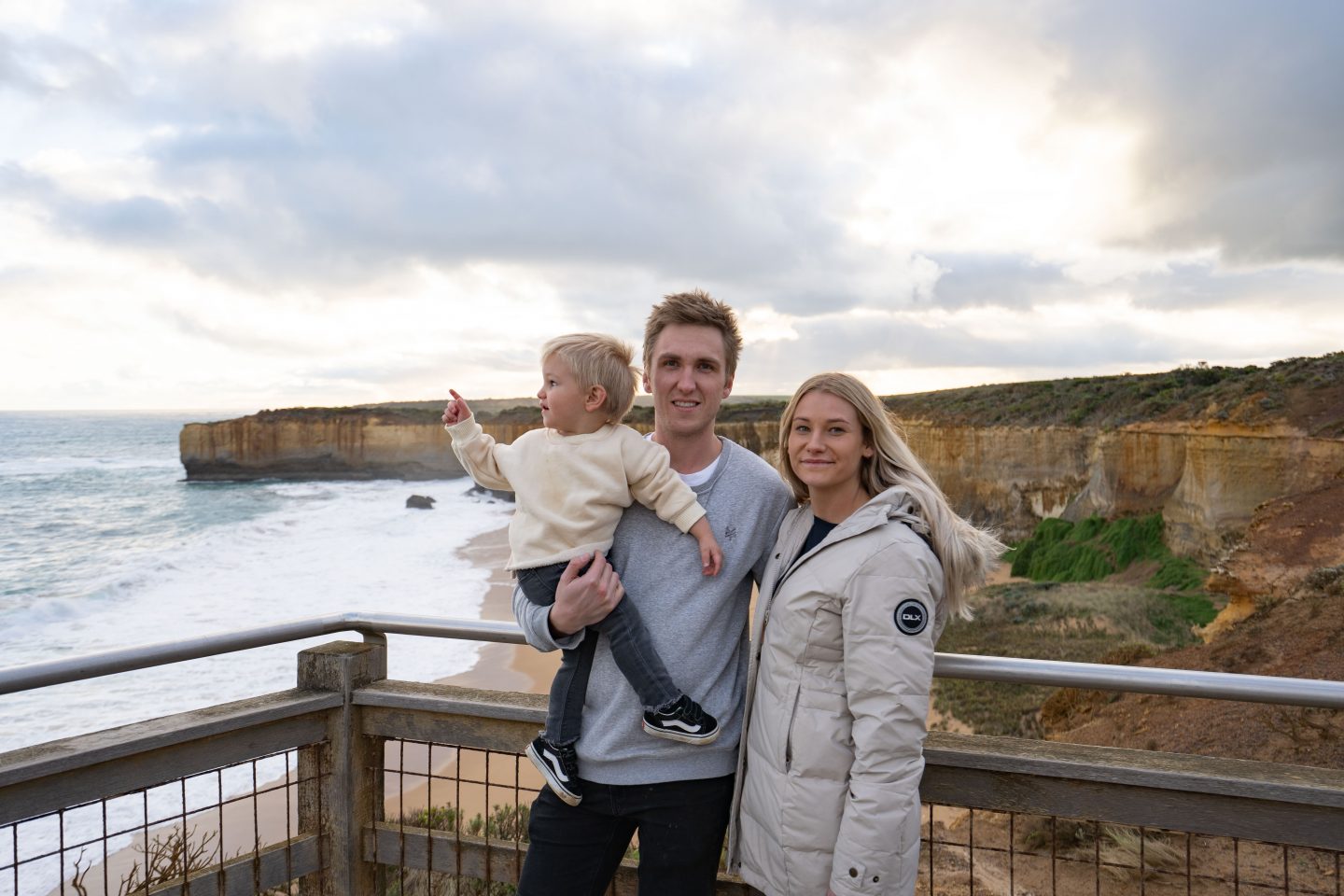 Loch Ard Gorge is an impressive part of the coastline that is almost completely enclosed by two cliffs, forming a miniature bay. Whilst there is an epic viewpoint at the top of it, we rather getting down to beach level. A wooden staircase hugs the limestone rocks winding down the beach below. The beach itself is a true stunner and on a sunny day the water lights up a vivid turquoise. There is also a large rock structure on the beach and a cave down there. The name of Loch Ard Gorge actually comes from the name of a ship that wrecked nearby in 1878, the Loch Ard. Only two teenagers survived and managed to somehow scale up out of the gorge. A very impressive feat considering the height of the cliffs!

Make sure to also check out the Island Arch, Razorback and Tom & Eva viewpoints that are accessible from the car park. All are incredibly dramatic spots that truly showcase what the Great Ocean Road is all about. 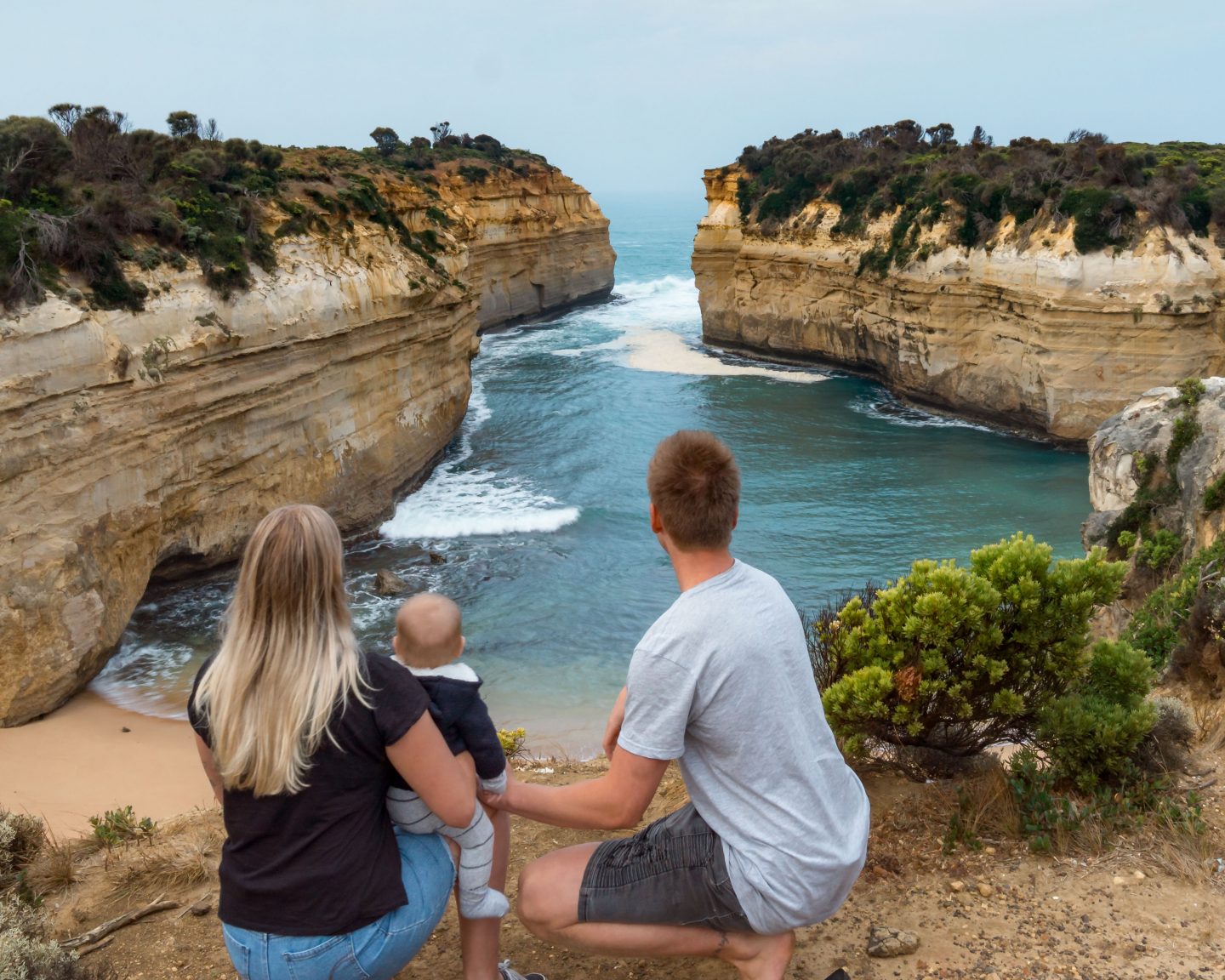 Whilst California Redwoods certainly aren’t native to Australia, this plantation in the middle of the Otways is an impressive sight. Towering redwood trees barely letting the sunshine through, surrounded by lush fern greenery. Often the landscape is blanketed with fog adding to the mysterious vibes. Make sure to do the walk along the creek and feel truly at one with nature. 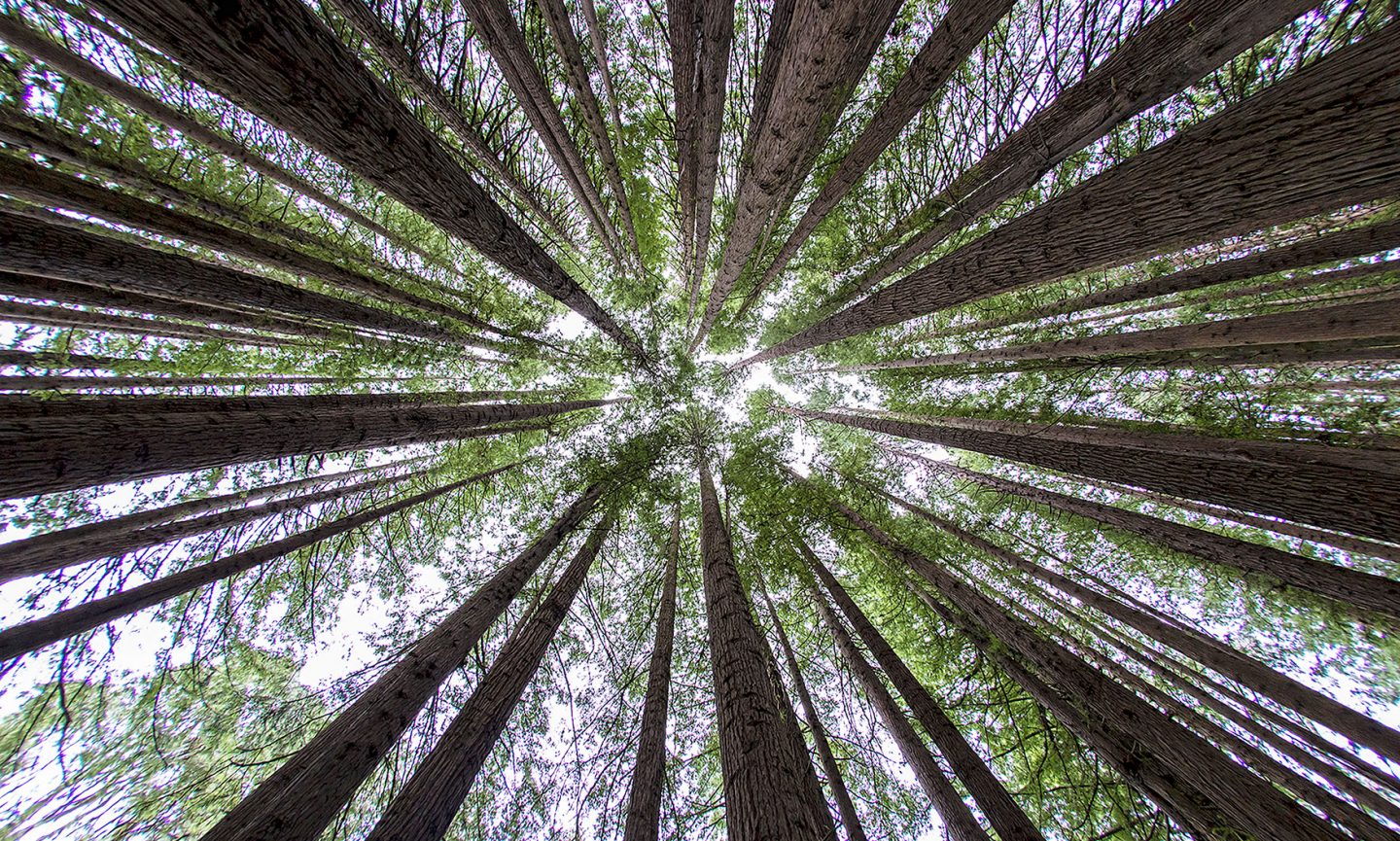 If you like us, grew up watching Round the Twist as a kid, you need to visit Split Point Lighthouse. A red dirt road leads up to the iconic red-capped white lighthouse. Make sure to explore around the area as there are some short paths that give dramatic views of the coastline. 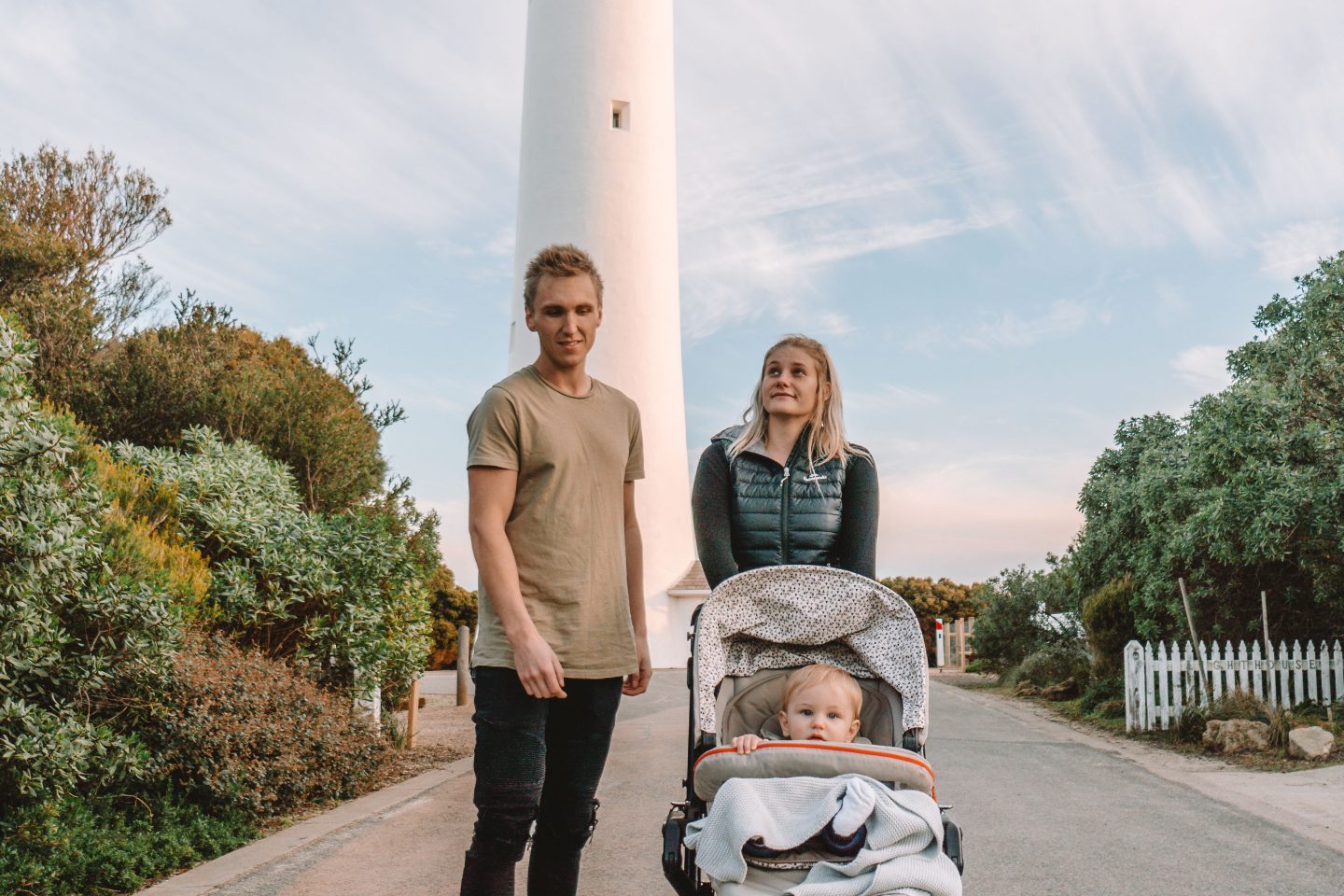 The Great Ocean Road was built by soldiers returning from World War 1. The Memorial Arch is dedicated to all those men who helped create such an impressive roadway. It is also an iconic spot to stop for an Instagrammable photo, being the marker for the start of the Great Ocean Road. There is a spot to pull over to the side of the road, just be aware of the traffic that is constantly coming through. 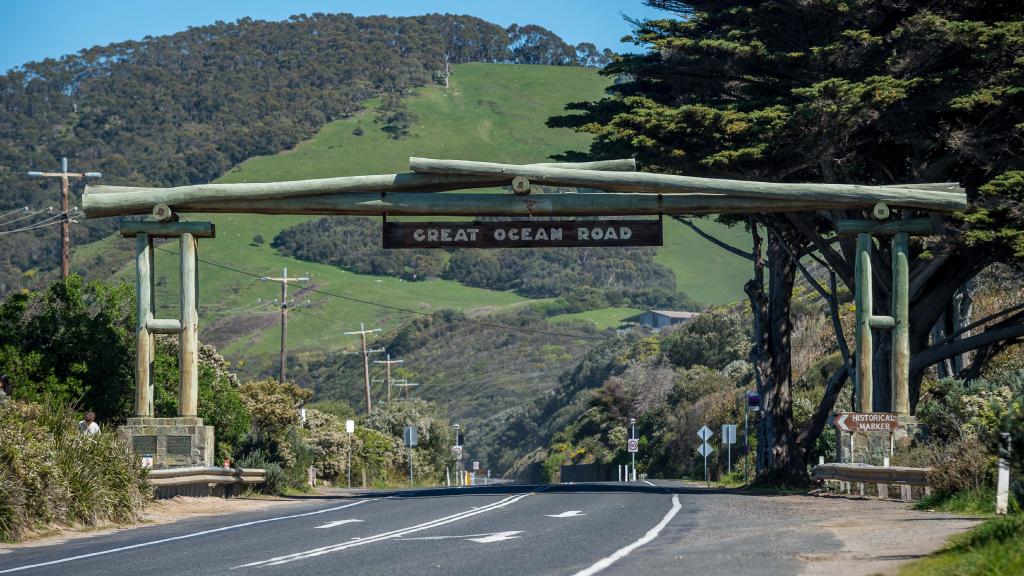 This is probably the most known waterfall on the Great Ocean Road and for good reason. When you arrive there will probably be lots of carks parked on the side of the road. Drive past them and continue down the road marked Hopetoun Falls. Lots of people don’t realise that there is parking at the start of the trail. Its a good 15 minute downhill walk through dense rainforest, watch your feet as it is often slippery. There is a viewpoint at the bottom however most people venture off the path to get a bit better vantage point. The falls are a decent 30m drop and often showcased as 4 separate flows. The stream coupled with lots of ferns, stones and fallen logs makes for some incredible photos. 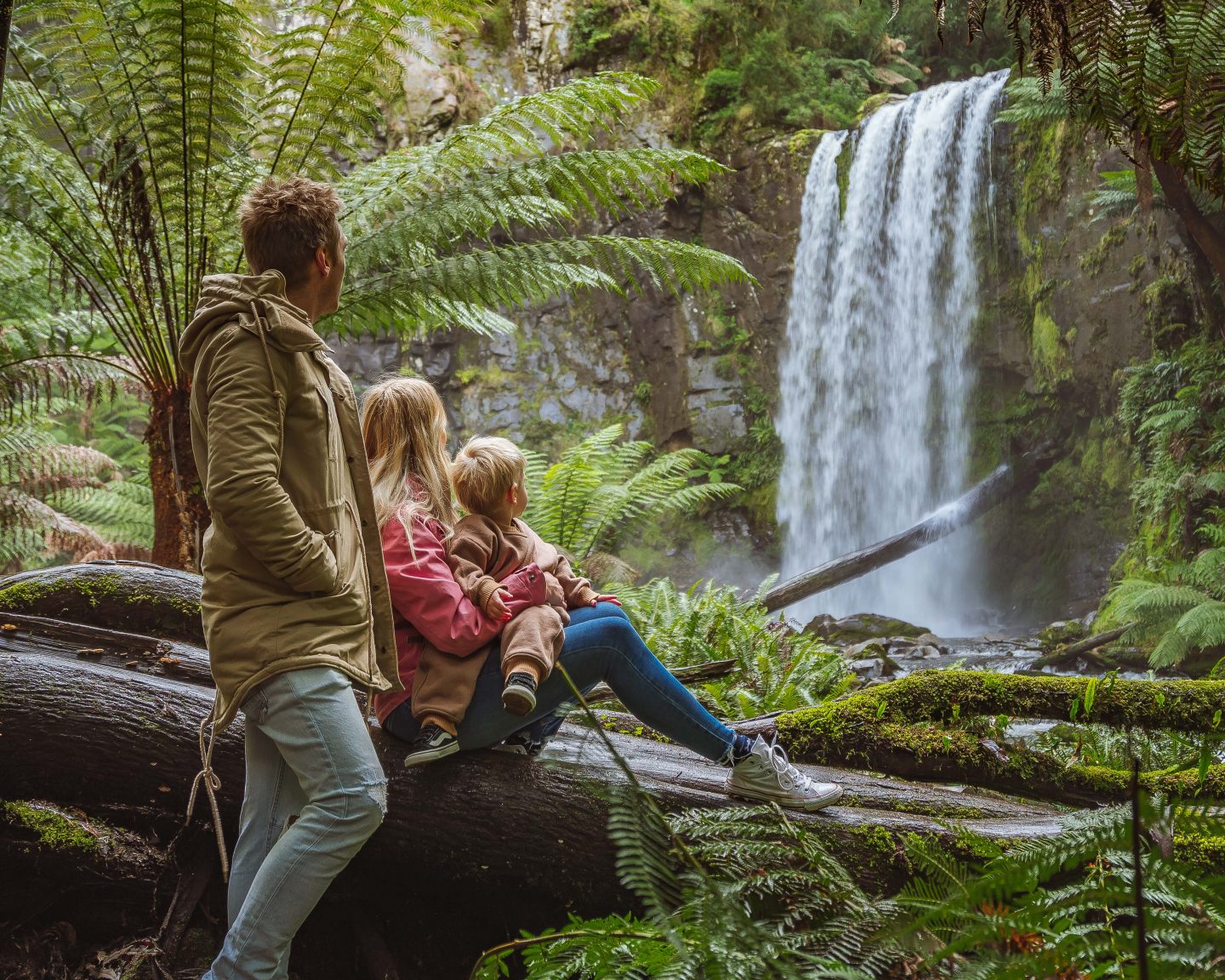 Another dramatic coastline feature is London Bridge, a natural arch sitting just out to sea. Originally it was joined to the mainland however erosion caused the first arch to collapse. It was a miracle that nobody was injured when it collapsed however several people were stuck on the isolated section! These days you can only look at it from a viewpoint however it is a very impressive spot. Looking down at the ocean from here you really marvel at the power of it and it’s no surprise London Bridge came falling down! 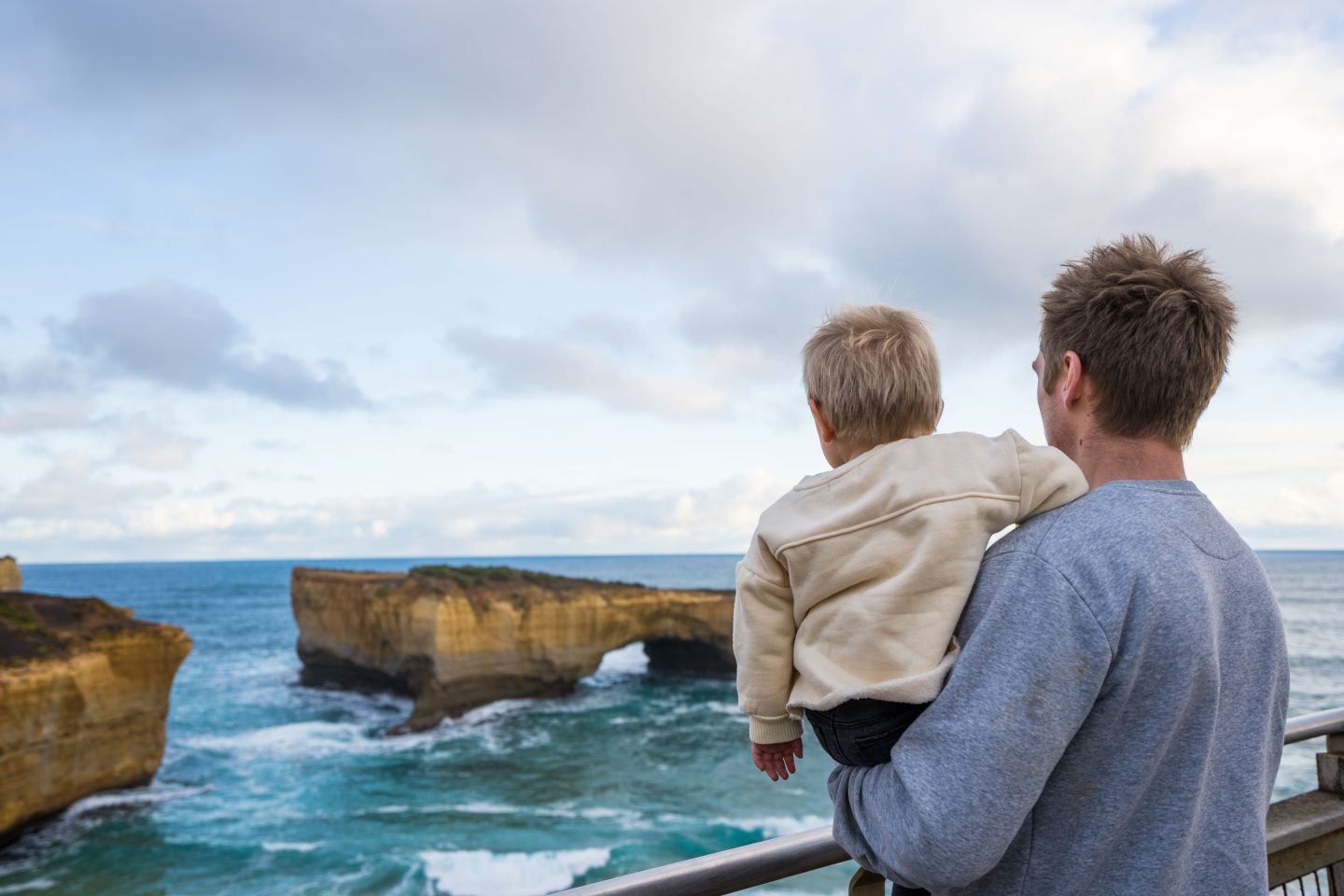 Triplet Falls is a one hour loop through the rainforest. As you walk along the raised walkways you will reach elevated viewing platforms of each of the three cascades. The cool rainforest air makes this walk a delight and really soothes the soul, especially with the background sounds of flowing water. 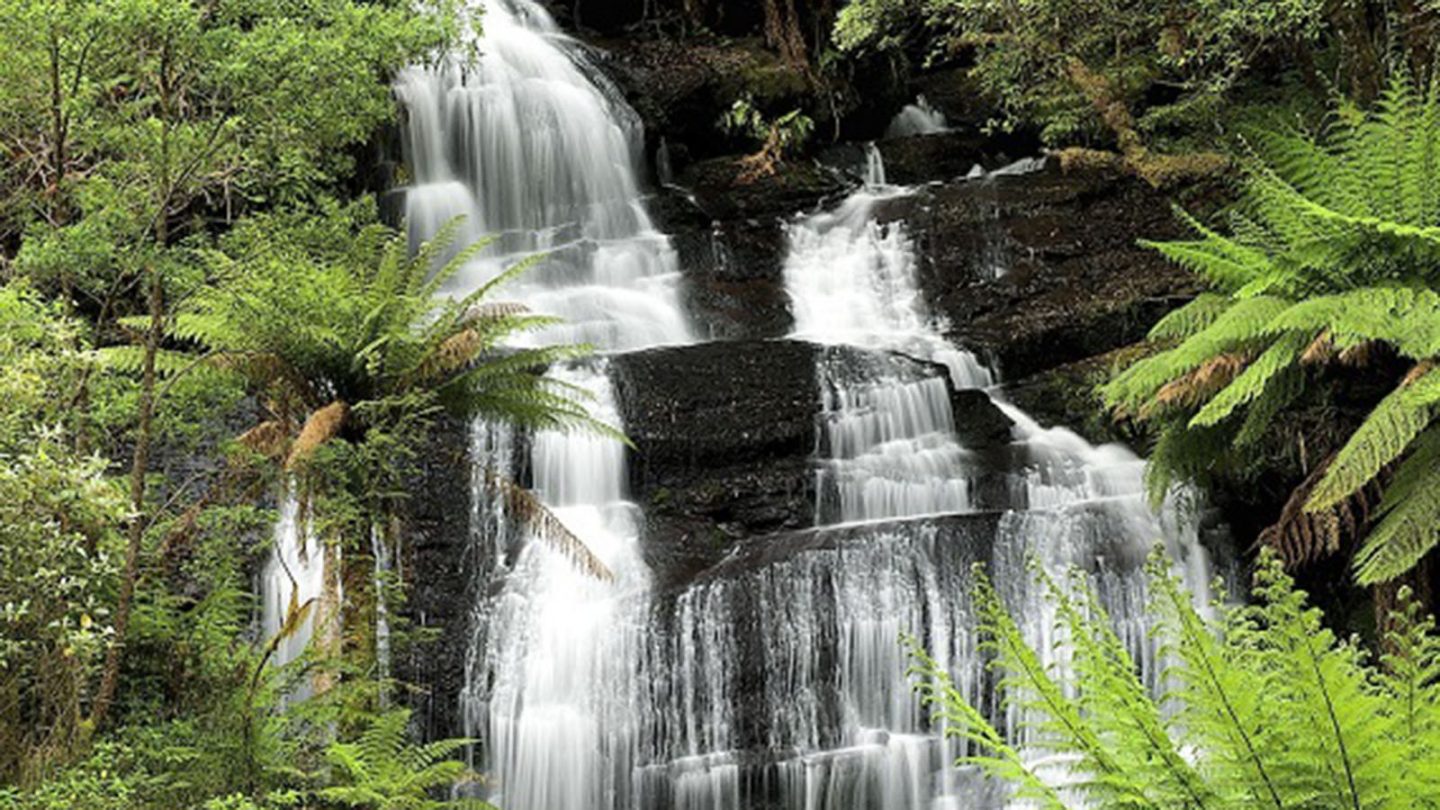 Halladale Point gives you incredible views over the Bay of Islands. Similar to the twelve apostles, the Bay of Islands is full of sheer cliffs and unusual rock stacks. Being past the twelve apostles, most tourist busses don’t visit here so it is usually much quite. Walking along the top of the cliffs really makes you feel small as you look down the giant drop below. This surely is worthy of a spot on our list of the most Instagrammable spots on the Great Ocean Road! 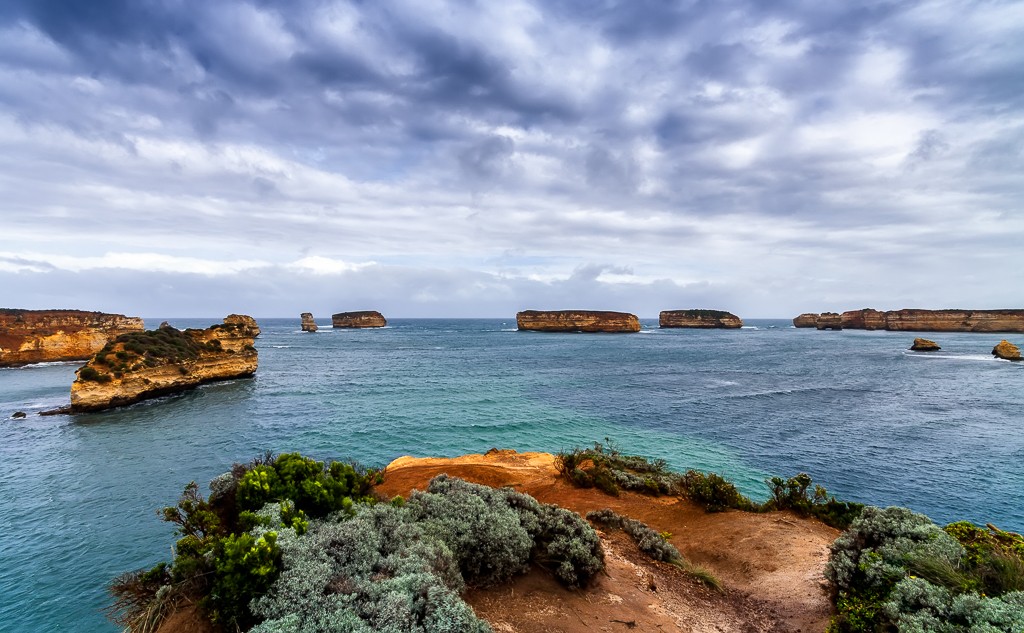 Kennet River is one of those spots where you have a very good chance of seeing the elusive Koala bear. More a cute teddy bear than the bears those of you in other countries are used to! If you drive slowly along Grey River Road for 5-10 minutes you will have a good chance at seeing them in the trees. They like eating eucalyptus leaves which leaves them in a daze so most of the time they will be dozing up a tree. Occasionally you will see them slowly stumbling around though! 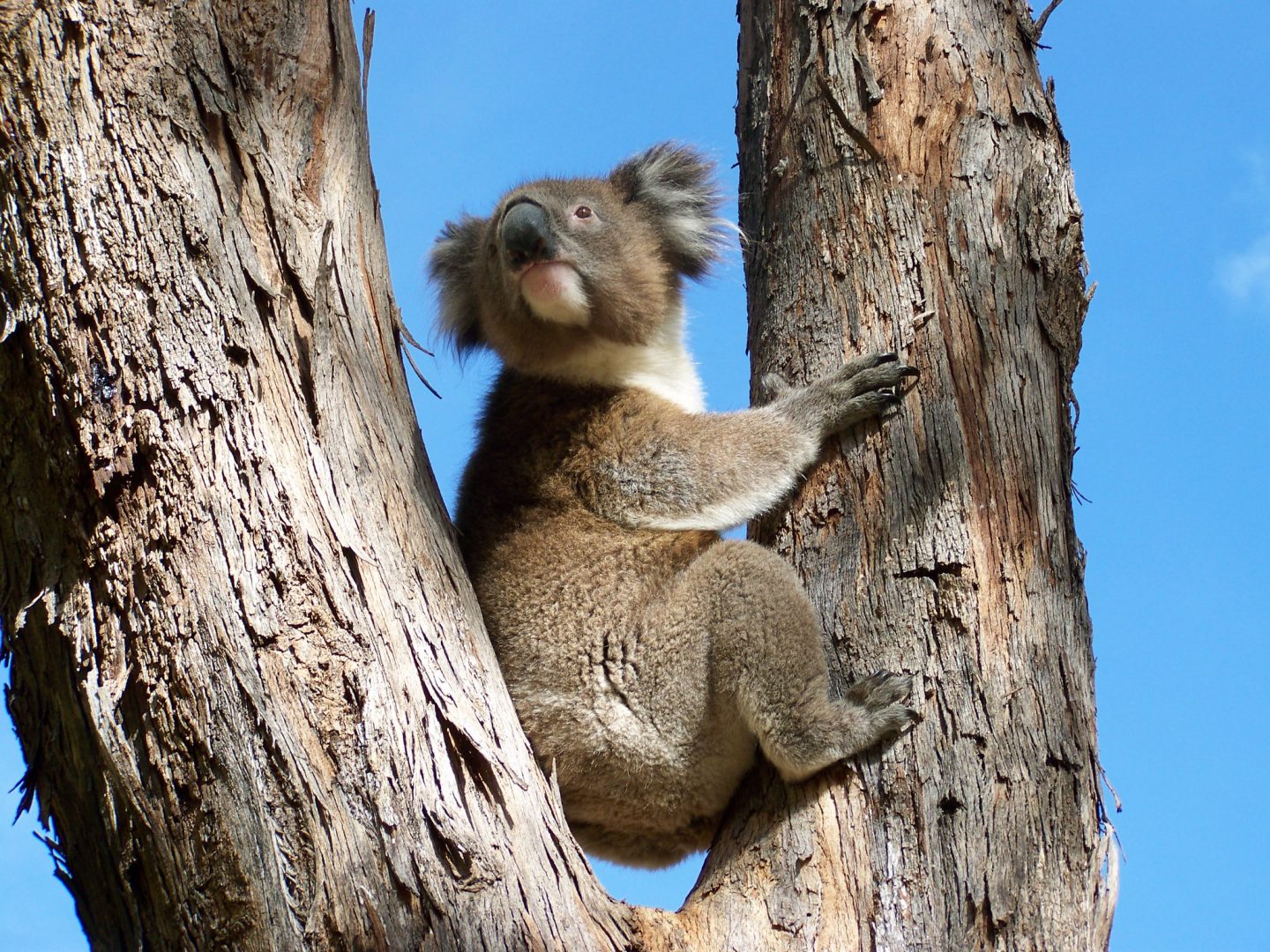 Maits Rest is a truly great place to experience the rainforest that the Otway National Park is famed for. Follow the self-guided boardwalk that hovers above the valley floor. You will see enormous ancient trees, some with cavities big enough to fit in. It is a half-hour long easy walk perfect for everyone so you have no excuse! There is also a large picnic area with a gas BBQ so it could be a good spot to make lunch. 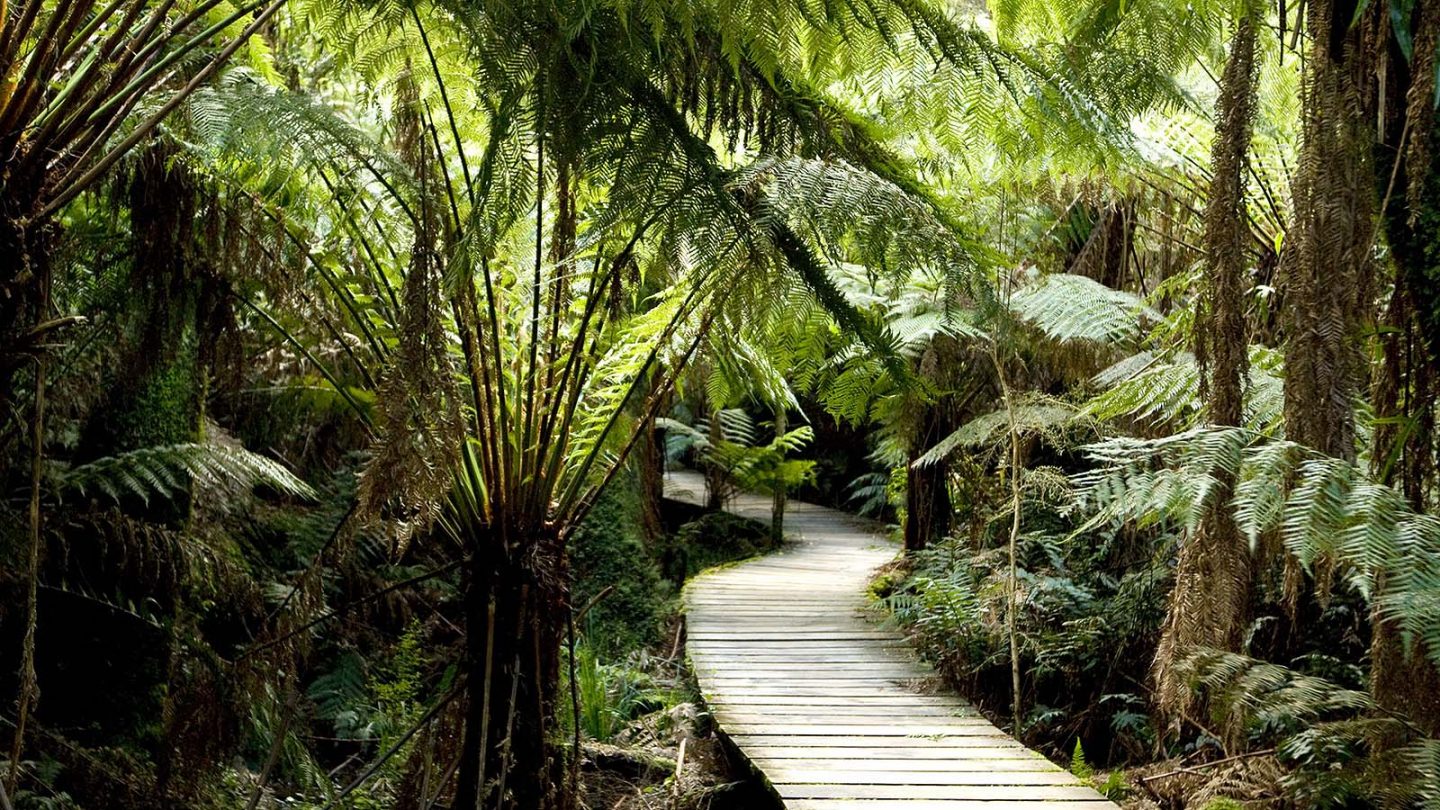 Just outside of Lorne is the infamous Teddys Lookout. This encapsulates everything that the Great Ocean Road is about and is one of the most instagrammable spots on it! Way up high you have views of the ocean, the mountains, the valleys, the rainforest and that spectacular winding road! You can’t not stop at one of the many lookouts on the Great Ocean Road! 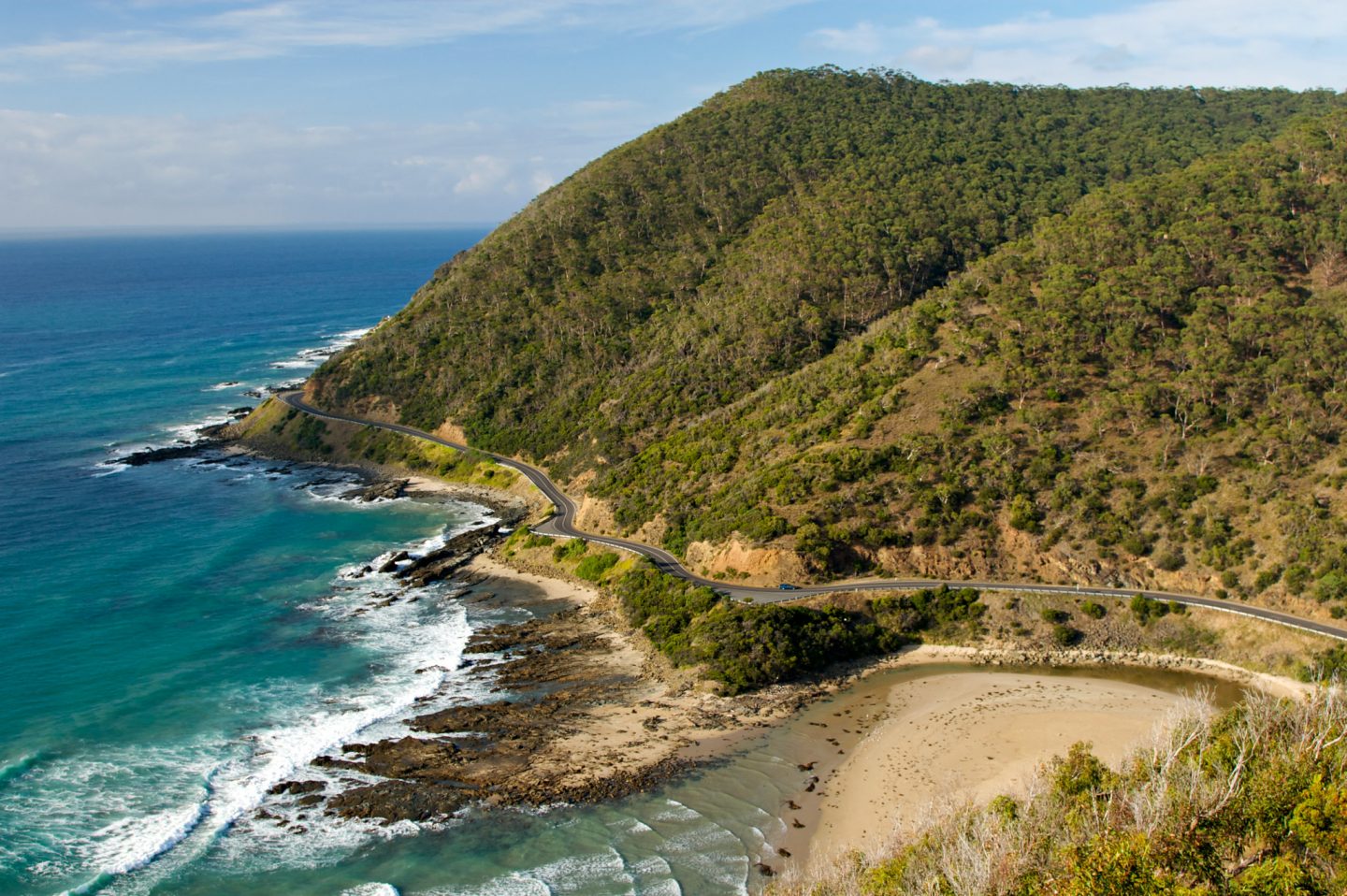 This impressive lookout is the last high lookout point on the way to Apollo Bay.  Cape Patton offers up incredible panoramic ocean views towards Apollo Bay and the spectacularly green grassed hills beyond. Definitely worth stopping in here as you drive right past it. 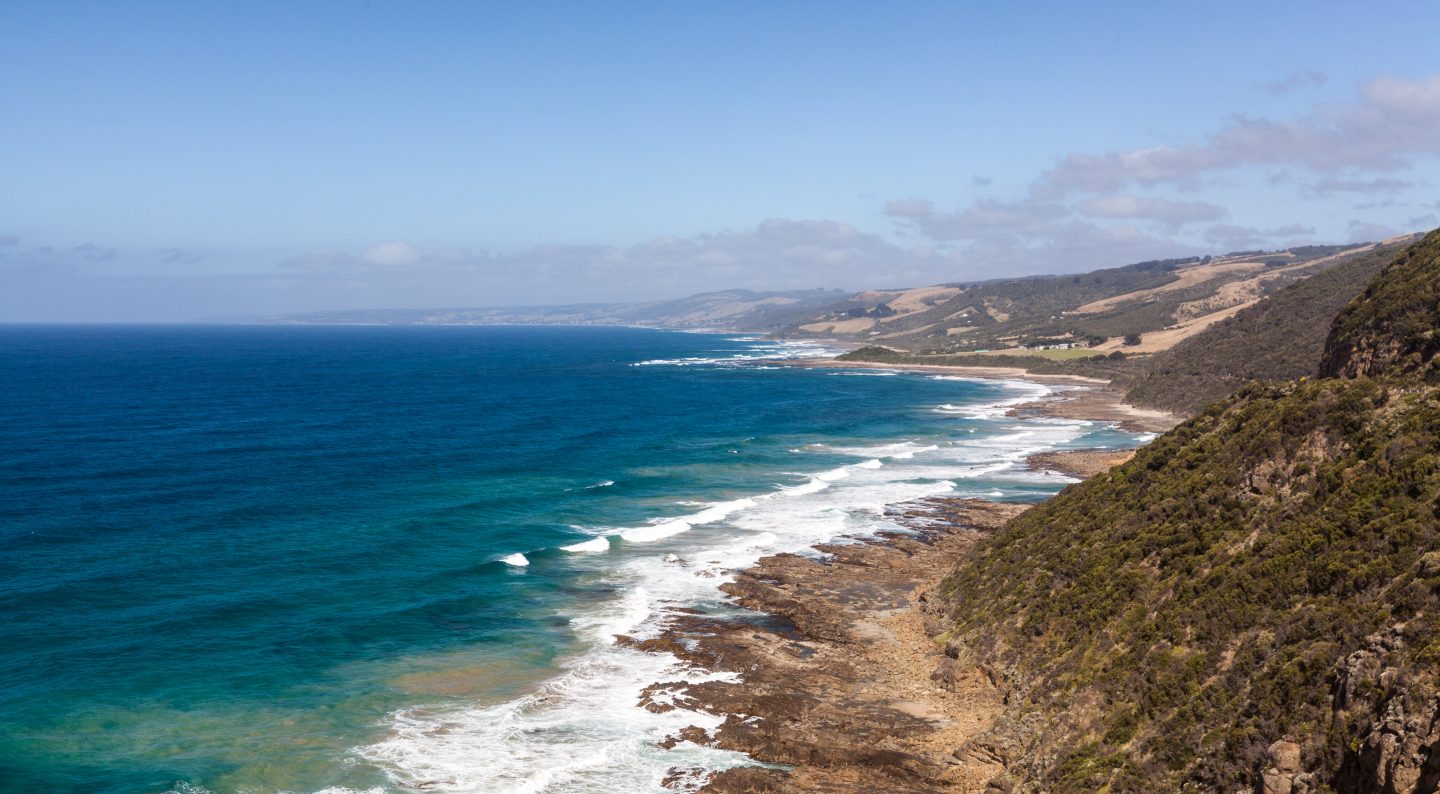 Erskine Falls is a very popular fall due to its close proximity minutes away from Lorne. Many people not doing the Great Ocean Road will make the day trip down to Lorne from Melbourne, so expect it to get busy later in the day.

It’s a powerful 35-metre high waterfall and sprays off plenty of mist, so make sure not to get it all over your lens! The raised boardwalk platform gives a great vantage point, however as with most waterfalls, the best views are slightly off the path. 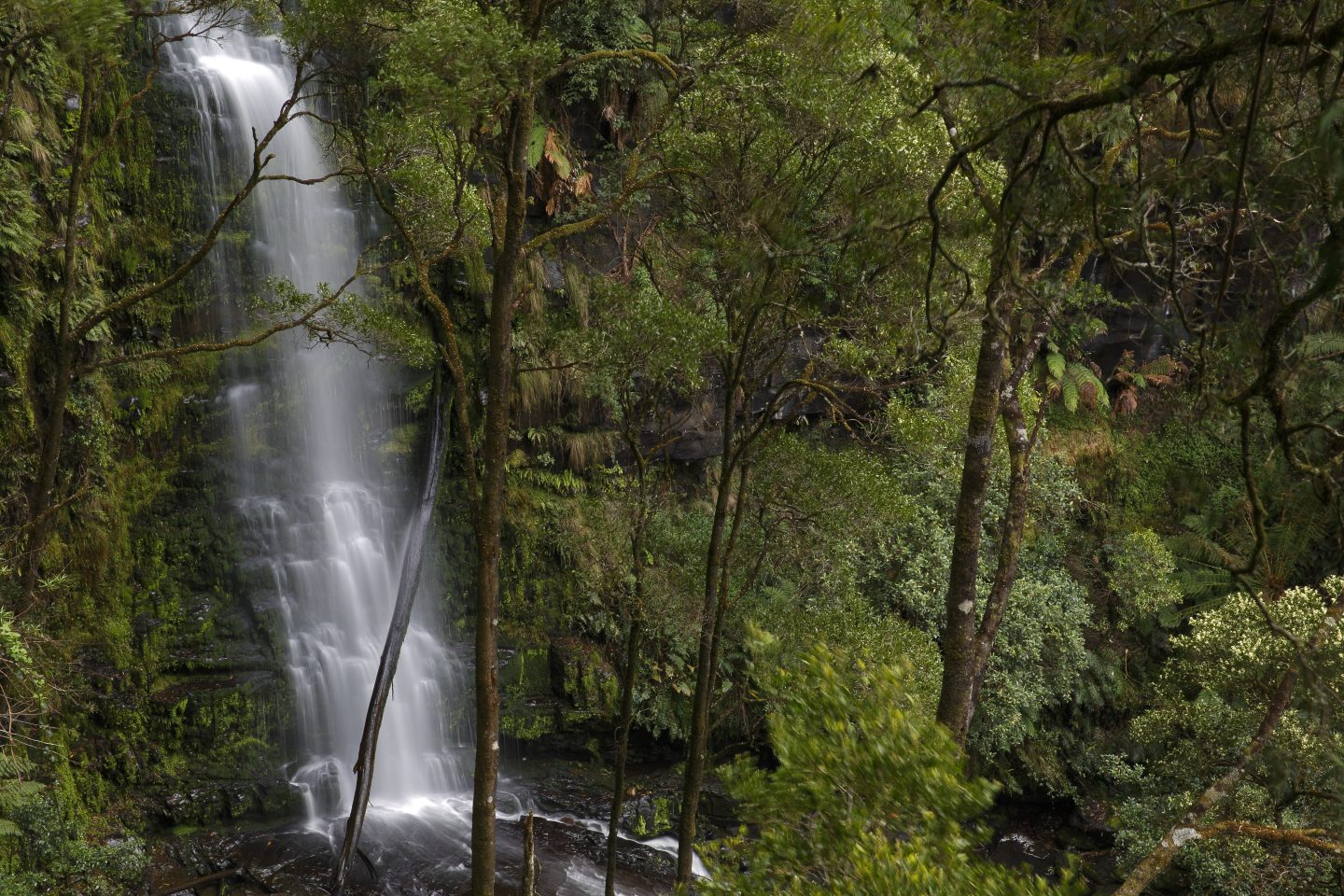 If visiting two lighthouses isn’t too much, the Cape Otway Lightstation is also worth a visit. A short all-white structure standing proudly on the edge of the cliff. During the winter months apparently its common enough to spot whales! This entire coastline near Cape Otway is highly Instagrammable and definitely one of the spots to checkout on the Great Ocean Road. 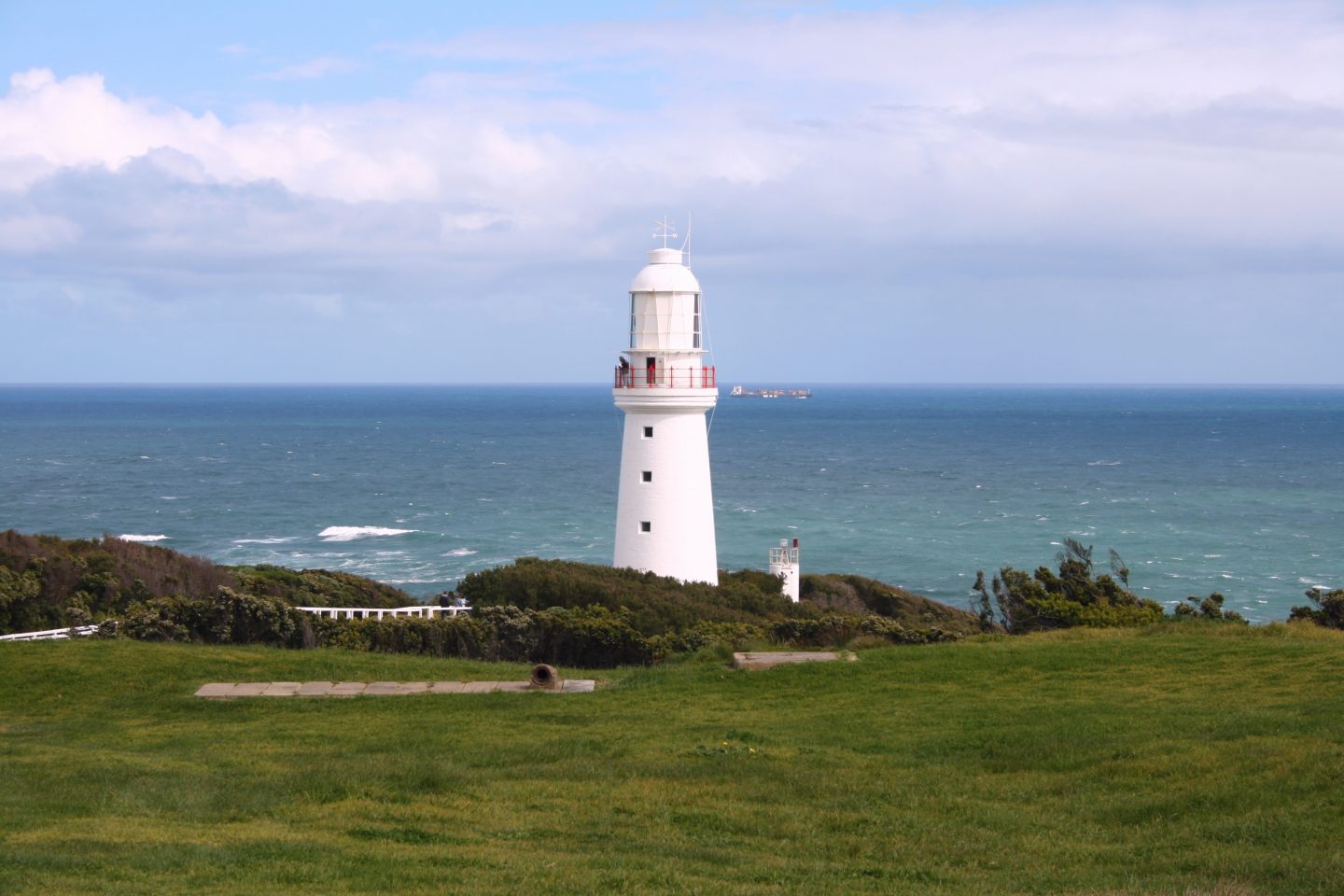 If you are looking for a local secret swimming spot, this is it. Childers Cove is an incredibly picturesque lagoon that is protected from those blustery winds the region is known for. A short drive down a small sealed road near the end of the Great Ocean Road is followed by an easy 10 minute walk. The water is a vivid blue colour and seems to pop even more when contrasted against the orange cliffs surrounding it. Childers Cove is definitely worth a stop if you fancy a spot of swimming, it doesn’t get much better! 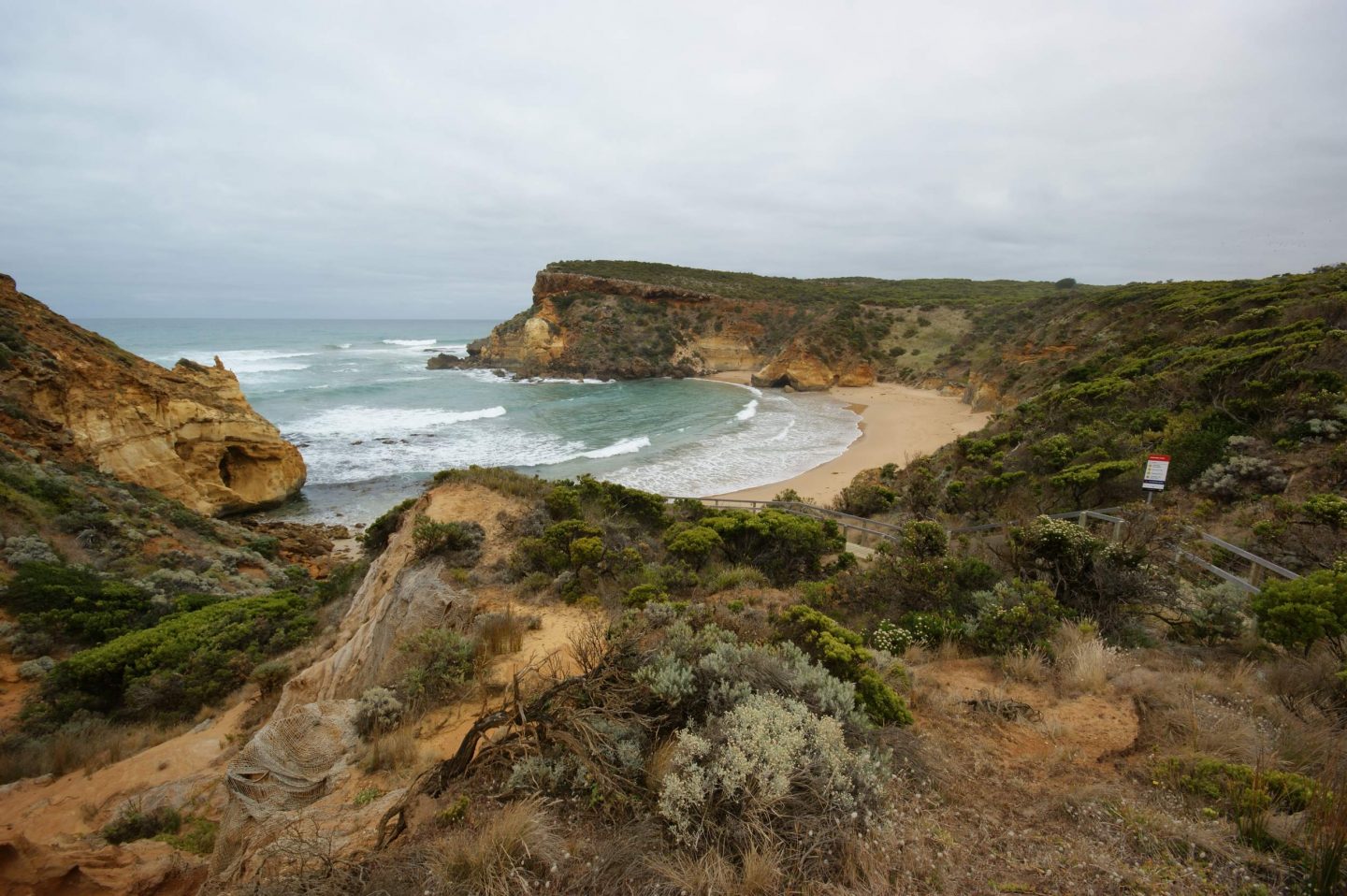 Hopefully, this article has helped you plan your route to visit all of the most Instagrammable spots on the Great Ocean Road! If you are visiting Victoria, make sure to check out our ultimate blog post on the ideal weekend in The Grampians.  A pristine wilderness region full of Australian nature, waterfalls and hikes. Or travel the other side of the bay to the Mornington Peninsula. 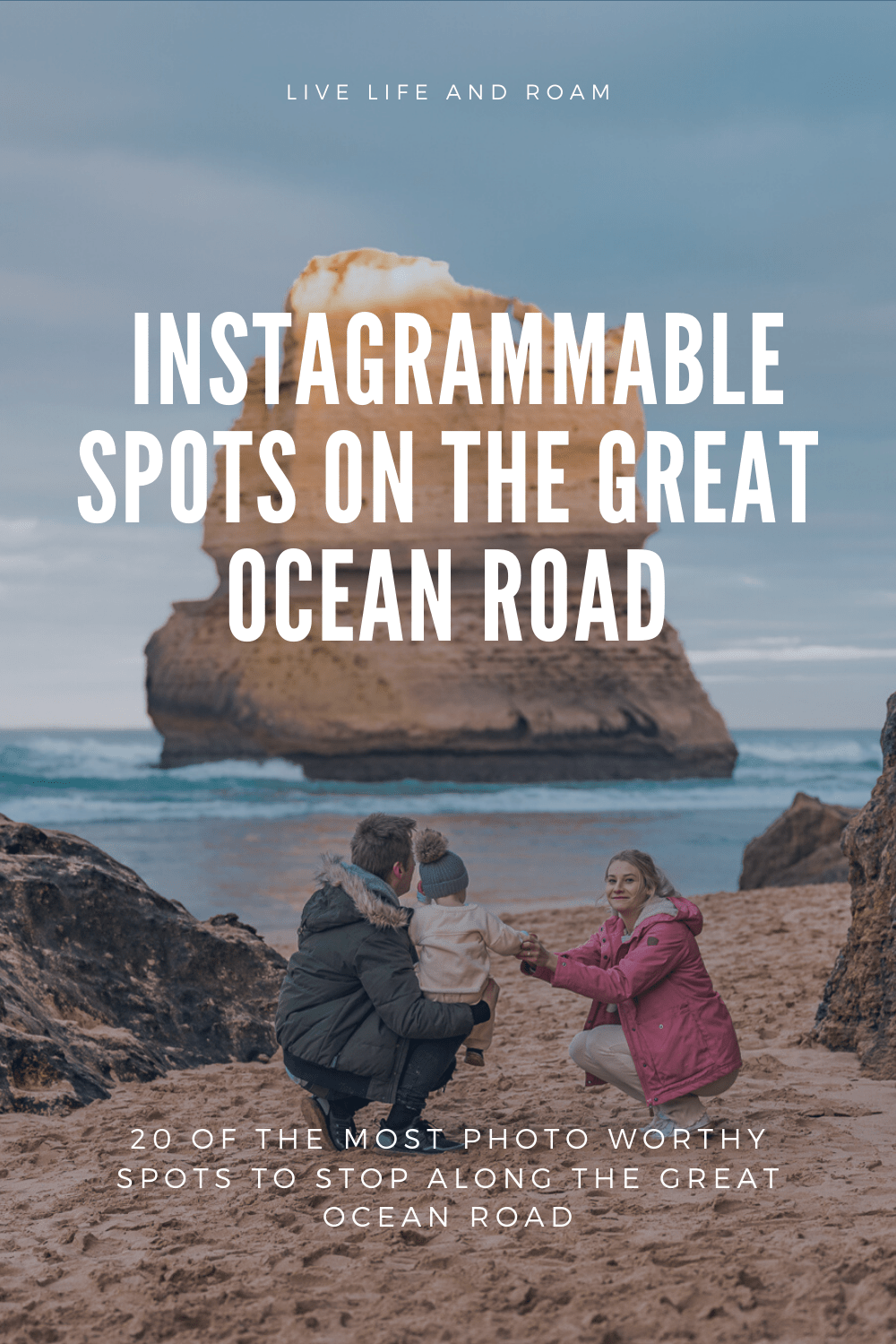